Mudimba people are a small nomadic agriculturalist and aboriginal people occupying Namibia border with Angola, on the Cunene River.

They are mostly found in the town of Combelo. This indigenous people still hold on to their traditions and culture but have given in to modernity as a result of missionaries presence on their territory. They are stylish and fashionable people. They still engage in teeth sharpening.

According to Eric Lafforgue Mudimba people that numbers over thousands can be seen with "half of them dressed like very elegant occidentals. The other half is in traditional dress, collars, loincloths but no bare breasts: all the women are wearing bras, a leftover from the missionary days. Ironically, this gives them a bit of a Jean-Paul Gaultier-era Madonna air about them, with their crucifixes dangling over their coloured underwear." 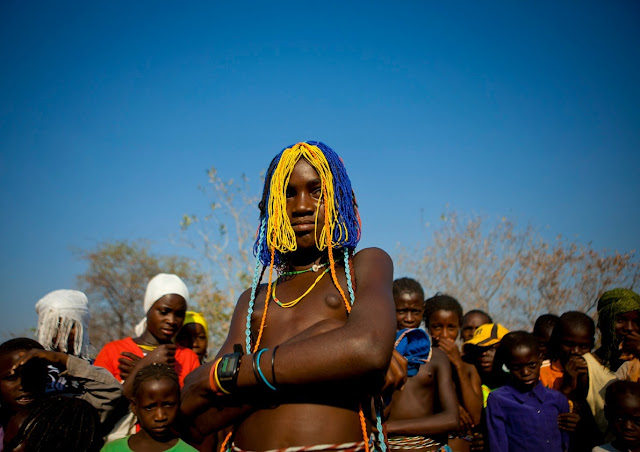 Mudimba girls wear traditional beaded wigs which indicate that although they have reached puberty and have had their first menstrual period, they are not yet ready for marriage.

He continues that "But what catches our attention the most are once again the way their hair is arranged. I can make out audacious perms under the inflated scarves. A guest agrees to let me see her haircut: the hair is straightened and forms a sort of helmet. The clips are assorted with the colour of the collars. Many Mudimba women cover their hair has they have a special haircut, see the shape!. This woman was in a wedding. Most of the women were wearing some clothes as it was a christian wedding, but some stayed in their tribal clothes: topless!"

AWESOME PHOTOS OF MUDIMBA PEOPLE OF ANGOLA BY Eric Lafforgue

Mudimba woman with a sharpened teeth 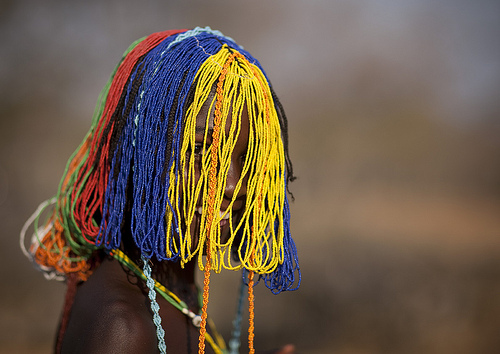 Mudimba Girl With Plaits In Front Of The Face Called Misses Fina, Angola (by Eric Lafforgue)

Mudimba kid in a giant basket 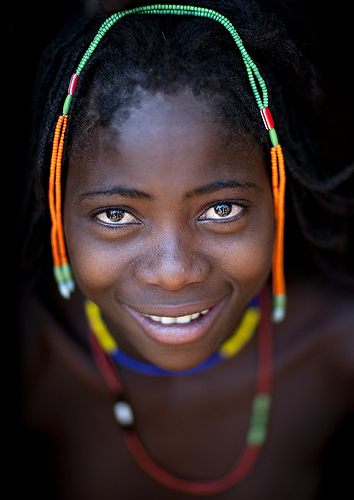 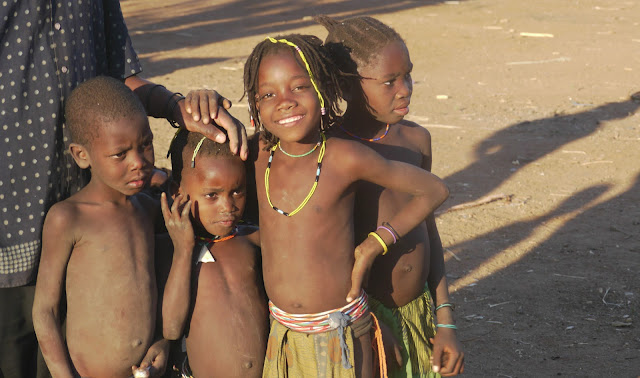 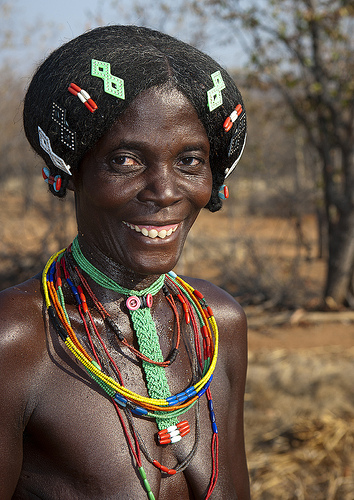 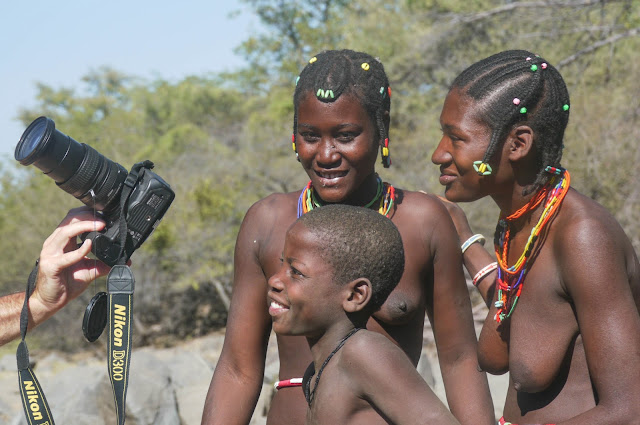