Dorze people are a small Omotic-speaking ethnic group belonging to the larger Afro-Asiatic language family living in the Gamo Highlands of the southern region of Ethiopia.

Dorze girl with a baby on her back in the village Chencha.

They have an estimated population of about 30,000 people living mainly in the villages near the cities of Chencha and Arba Minch, in the Semien Omo Zone of  the Southern Nations, Nationalities, and Peoples Region (formerly in the Gamu-Gofa province). Their residence stretches from the Omo River banks to the highlands over Lake Abaya.

It is asserted that some of the Dorze people have migrated to Addis Ababa and other regions.Historically, they were once much feared warriors but now the Dorze men folk have settled down to farming or engage in weaving in which has become a unique thing associated with them.

Location
The Gamo highlands rise to an average elevation of 9000 feet to the west of the Rift Valley. The Dorze occupy the Eastern edge of the highland above Lake Abaya, about 2600m above sea level. Currently this area is part of the Semein Omo of the Southern Nation Nationalities Regional State.

Dorze people in front of their renowned towering hut

Language
Dorze  people speak an Omotic language also known as Dorze. Dorze is an Afro-Asiatic language spoken in the Gamo Gofa Zone of Ethiopia. Alemayehu Abebe reports that while performing preliminary fieldwork in 1992, he found 14 kebeles in Chencha woreda with Dorze speakers.

Cerulli simply calls Dorze as "the people of Gamo." According to her the Dorze are culturally and linguistically homogeneous with their neighbour peole. But other anthropologists and linguists have attempted to show the Dorze have gradually changed their identity. According to such sources this was because of the infusion with the Amharic stock.

History
The history of Dorze is not much documented. However,  all the available anthropological and linguistic sources avers strongly that the Dorze had lived in the areas of Gamo highland  in Ethiopia`s Omo Valley, "the Cradle of Mankind" for many centuries before the conquest of Menelik II in late nineteenth century.

Straube argued that the culture of Dorze said to be a blend of the culture of two different groups. The first group consisted of the twenty three clans who have claimed that they have lived permanently in the Dorze home land or come from the neighbouring Ometo speaking areas.

The other group which consisted of the three clans who claimed to be migrated from the Northern part of the Ethiopian Empire during the "First" Christian Amhara penetration which was aid to have happened in the fifteenth and sixteenth centuries. Among the Dorze, the traditions of migration and claiming of origin from the north is also wide spread.

Though it is an established tradition in Ethiopian society to trace one`s origin from the north, interestingly, the Dorze have some important evidences to explain their claims. The names of places like Amaro in Dorze land might have been the settlement area of the Christian Amhara in the fifteenth and sixteenth centuries.

Dorze girl carrying load on her back, Ethiopia

These settler of Amharas might have had intermarried with the twenty-three clans of Dorze. Therefore, this Dorze claim and Haberland argument at least in my view are not far from the truth and seem plausible.

Settlement
Dorze people lives on hills and they are famous for their huge huts, resembling a giant beehive. Although these huts look fragile, they can last up to 60 years. The huts can also be transported to another locations, thanks to the structure made of vertical poles.

Every hut hat a sort of ''nose'' at its south side, serving as reception room. After our eyes were accustomed at the rather darkness, coming from the full sunlight, it was interesting to see the construction of the hut from the inside. It’s surprising the large space in the hut when outside it looked so small.

In the middle of the hut there is an open fire for cooking. There are also low benches to sit around the fire. Along the walls are located sleeping places and places for storage.

.Smaller huts can include guest houses, a workshop, a kitchen and even cattle shed. When termites attack the hut, the Dorze can just remove it from its foundation and relocate it. This allows the home to last much longer, but every move shortens the height of the hut. 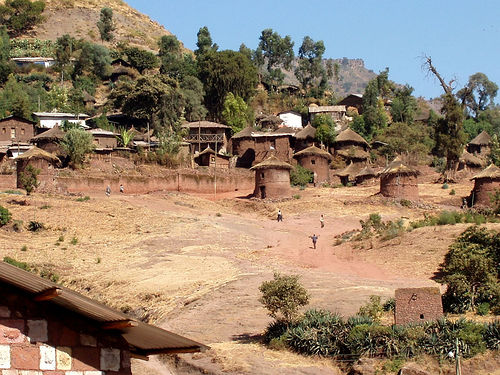 Interestingly opportunity for pen for animals are made available in the Dorze towering huts. This makes it possible to protect animals from the vagaries of the weather as well as animal rustlers.

Dorze hut: animals live inside with the people

Economy
Dorze people  engage in small-scale farming or subsistence agriculture and keeps livestock such as goat, cows and chicken for domestic consumption.

As farmers, they have an expertise in preventing soil erosion, by ingenious terracing off the mountainside. In their farmlands, the Dorze people grow highland cereals. Around their huts they have their own little garden with vegetables, spices, fruits and tobacco.

In this area women also prepare Kotcho (flat bread) out of the trunk of Enset, false banana. Being the staple for about the third of Ethiopians Kotcho is nowadays highly regarded for its nutritional value and is consumed both in towns and countrywide.

For the major part, Enset culture is widely known among the Gurage and the Sidama people where it could be preserved for as long as a decade and more and thus qualifies as the best foodstuff for periods of possible famine. 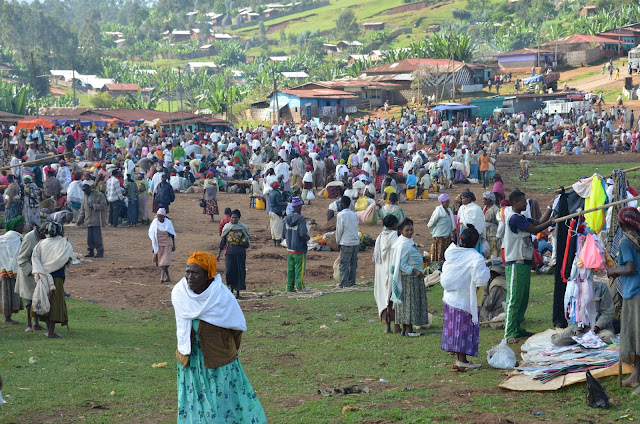 The major profession that Dorze people are noted for in Ethiopia is weaving. In addition, straube argues that the Dorze have a long tradition as mercenaries and raiders. He states that unlike the other groups of people of the Gamo highlands the Dorze were not predominantly peasant society, but they were warriors and traders and later on they adopted weaving.

It has not been definitely established when weaving was introduced into Dorze land in Gamo highlands. According to Western writers weaving was not and indigenous occupation to the Dorze and it was most probably introduced from the north. Southern Ethiopia, the etymological similarity of the equipment and techniques in weaving both in the Dorze and the Northerners. 10 other writers have also suggested that the Northerners (Amhara or Amaro) who immigrated to the area long before the conquest might have introduced weaving to Gamo highlands.

On the other hand, in general we cannot conclude that the origin of cotton cloths to South and Western Ethiopia was Northern highlands. Because in the fiftieth century praise going of king Yishaq, it is mentioned that places like Bizamo, Sobit and Gafat period tribute in bizet (processed cotton)
They are renowned for their hand-woven cotton garments called Shamma. There is an opportunity to observe the process of making Kotcho in some Dorze villages. They also hand-weave heavy blankets called Bulluko. A much thinner cotton cloth, which has a wide demand countrywide, is used to tailor dresses for women.
Special skills are necessary to design and weave the multicolored intricate edging, called Tibeb. Visit and
proceed towards the town of Arba Minch - meaning forty springs.

The Dorze used to get the materials used for their initation rites from Konso, which were ostrich feathers and brass phallic symbols. On the other hand the Dorze obtained glasses and bottles from Wallaita. They were also prdominantly trading in weaving products with their partners.

Division of labour
Women of the Dorze tribe have most of the responsibility in the family. They take care of children as well as the house choirs.

Dorze woman just from kitchen standing in front of her hut

The women are also responsible for cooking, spinning cotton and collecting firewood. The Dorze men spend most of their time on the farm or building huts.

Socio-Political organization
The Dorze People were socially stratified. This social stratification was between those called bairal and gedhos (senior and junior). This distinction was used not only in the kingship but also within clans, districts and even animals.

In traditional Dorze society there was persistence claims by different clans for the bairaship status. For example, the Sara claimed that they were the bairas of the whole Dorze clans. Their justification for this was that the (King) of the Dorze was belonged to the Sara clan. The district of laka was claimed the baira of the Dorze districts for it was founded first and it was the seat of the forum (bubbusha) where the Dorze general assembly (dulatha) took place.

The other claimant district for bairaship was the Amaro which was the place where the king  resided and where the church of Dorze Giorgis situated. In this trend, one can extend the lists and explanation of claims for bairaship status in Dorze society.

With regard to other social stratification in Dorze community, the society was grouped in to two social groups. These were the Mala which literally meant citizens and the Soma literally meaning non-citizen. This social grouping was based on land ownership. Free access to the land and crop cultivation was the right to use the Mala.

The Mala group includes the (King), halaka, Dulatha members and other Male citizens of Dorze society. The Soma, (non-citizens) had only the right to construct houses on public land and practiced small agriculture at the compound of their houses. Slaves and crafts men were belonged to this social group.

Religious belief
Before the introduction of Christianity into Gamo Highlands, the Dorze people were professing traditional beliefs. The Dorze people have belief in Supreme Being and a creator God, Tawa. Tawa was deemed to be creator of the world and everything in it.  He punishes the evil one and bless the good people.

The Dorze people had belief in diviners (maro).  It is believed that Maro possess divine powers to solve problems when serving as a mediator between man and Tawa.
Again, the Dorze also have belief in gods or goddesses whose spirit might dwell in stones, trees, domestic animals, songs of birds, roaring of hyenas and others.

Along with these traditional beliefs in the religious life of the Dorze people, there was a belief, in the established social norms. One of these norms was Gome. Gome was defined as an action that goes against the traditional rule (Woga) and thus believed to cause sickness in the family member, death of cattle, loss of money etc. in order to be save, according to the norm the people should go and consult the Maro.

Portrait of a Dorze woman who wears an elaborate plaited hair style. Her village is located in the highlands above Arba Minch. Southern Ethiopia. ngaire lawson

Music
Their polyphonic multi-part vocal music features a sophisticated use of hocket, showing some similarities with the music of the central African pygmies. 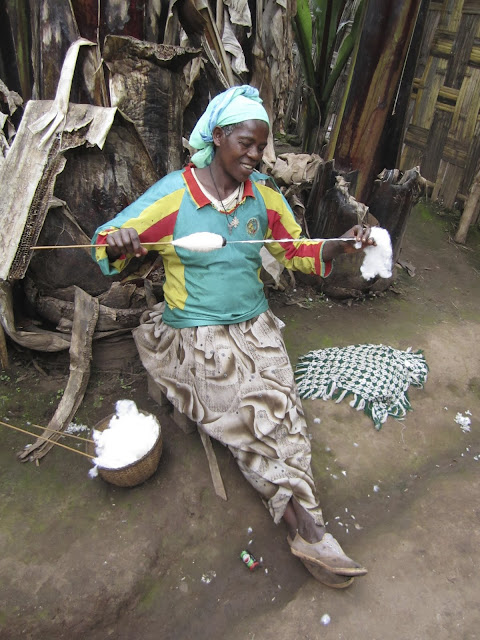 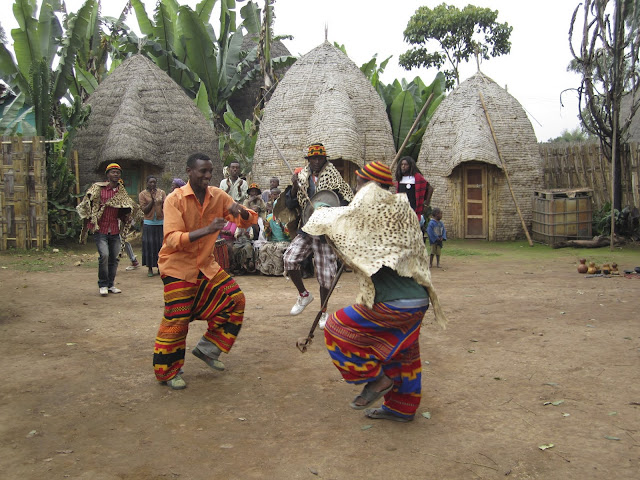 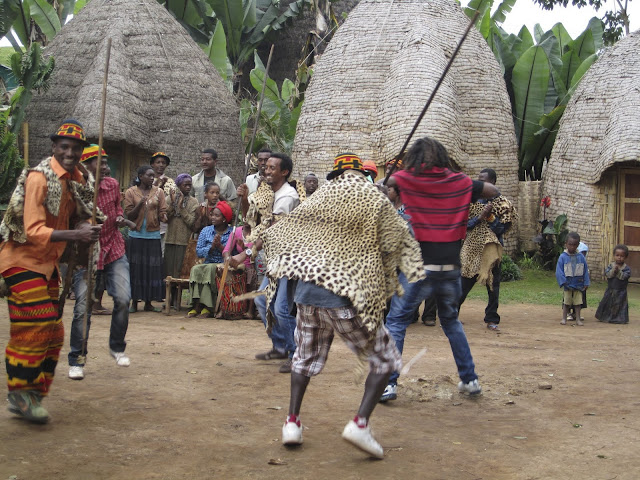 On the way to Dorze town 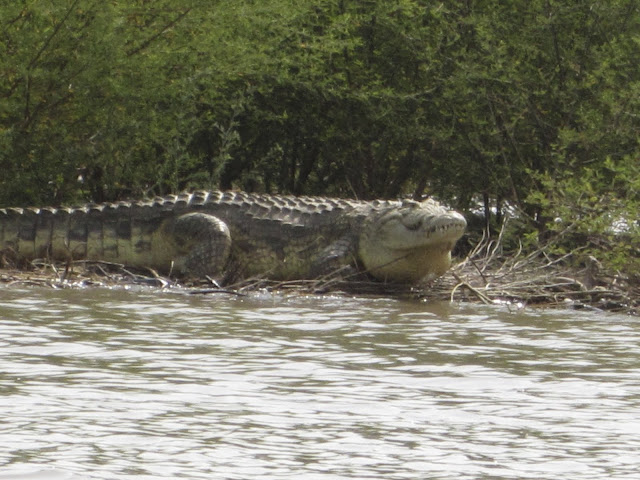 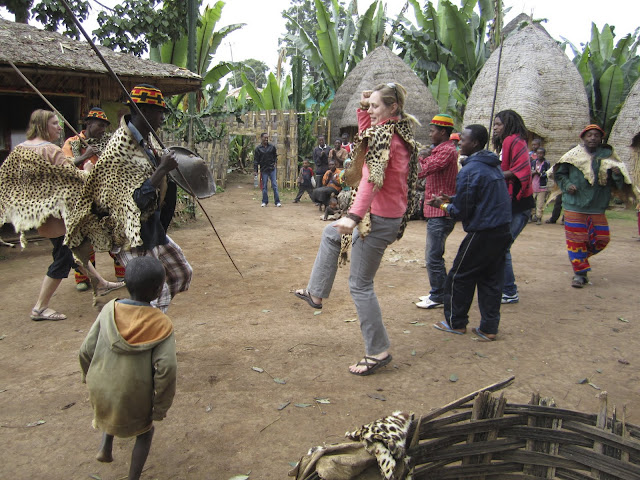