GANVIE LAKE VILLAGE: THE VENICE OF AFRICA AND (TOFINU WATER PEOPLE OF BENIN)

Ganvie Lake Village in Benin, West Africa is very often dubbed‚ "the Venice of Africa." This unique floating city is built completely on water, with the exception of a school, which is the only building set on dry land. 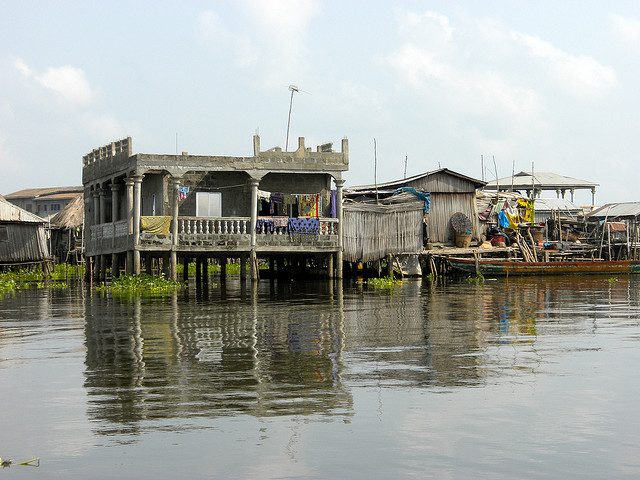 Generations of Tofinu people have lived in simple bamboo houses on stilts and fully rely on the Nokoue Lake. The only possible means of transport, or leaving one’s house as a matter of fact, is simple wooden boats cut out of tree trunks. As a result of peculiar nature of Ganvie Lake village, the ethnic Tofinu people are also described as "The Water People of Benin."

The question therefore is why did Tofinu people of Ganvie chose to live on the water houses instead of the land? According to historians during the colonial era when the Europeans made slavery their major trade, a small group of  ethnic Tofinu people living outside of what is now Cotonou, Benin, took advantage of a different set of circumstances to evade capture by the Portuguese. At the time, the powerful West-African Fon tribe who had been coastal trading partners of the Portuguese was hunting and selling other native tribesman to the Portuguese.

The Tofinu people of Ganvie realizing that the Fon traditional religious practice (the Fon believed that water demon live in the lake) forbade them from raiding on any people that dwells on water, decided after consultation of their elders to lay the groundwork for the Ganvie Lake village by putting up stilt in the middle of  Lake Nokoue.

This clever ploy of raising building on the water brought a physical impediments protecting the ancestors of today's Ganvie village from outside attack from both the Portuguese and powerful Fon people of the pre-colonial kingdom of Dahomey.

Roughly 500 years has passed since Ganvie people fled to stay on Lake Nokoue. The Ganvie people with a current population of about 30,000 people have successfully through hard work developed an intricate and prosperous culture within the constraints of life on the lake. 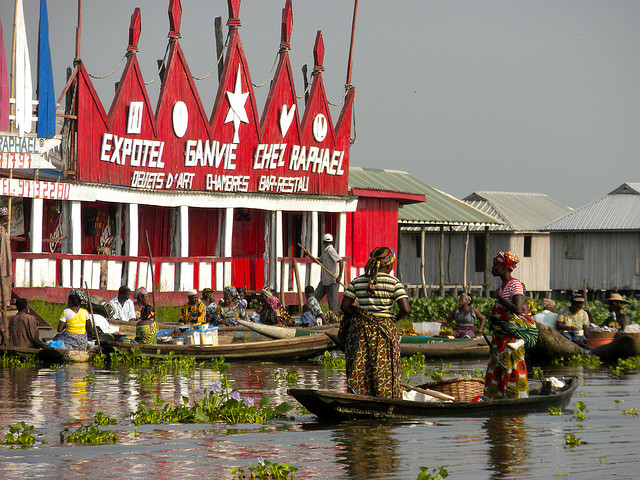 Ganvie, the Lake City of Africa

A school is the only one of Ganvie's 3,000 buildings that exists on land, although a cemetery mound is currently under construction. The villagers of Ganvie travel almost exclusively by boat, and the few domesticated land-animals they maintain live on plots of grass that spring up from the water. Without a good supply of domesticated animals, Ganvie relies on a complicated network of underwater fencing to corral and farm various fish populations.

The village will give a glimpse of vibrant and colorful lives of the local people. The ride on the lake is a pleasurable experience.
Visitors can take motor boats or small wooden boats which are known as the pirogues. The local guides help to pool through the lagoon. It is better to hire a local guide as they are aware of minute details of the place. The guides are available at affordable price and they are found at Pirogue Rental place. Women selling fish, fruits and vegetables from the pirogues are really a charming sight to watch.

Ganvie in Benin is just an hour ride from Cotonou. It is better to reach in Ganvie in the morning when the weather is very pleasant. A trip to Benin remains incomplete without visiting Ganvie.

Local families function more like basic economic units, where marriages are pre-arranged; most husbands fish and subsequently sell their catch to their wives who then try to sell the fish on. It is only the women who are responsible for looking after the children and providing food for their husbands.

Often called the Venice of Africa, Ganvie is a huge stilted fishing village on Lake Nokoue, near Cotonou in Benin, the largest such village in Africa, ... 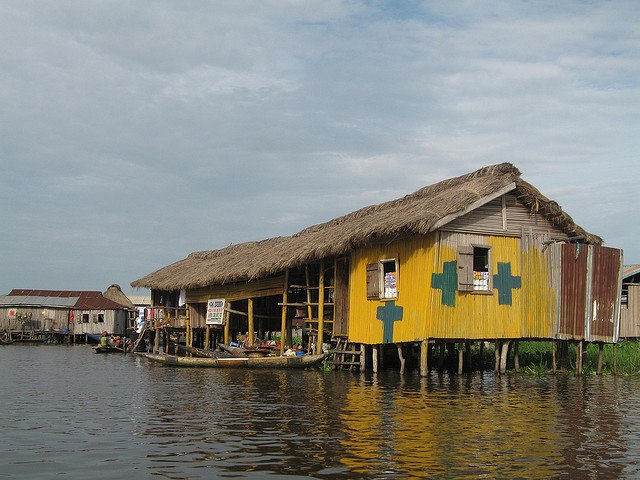 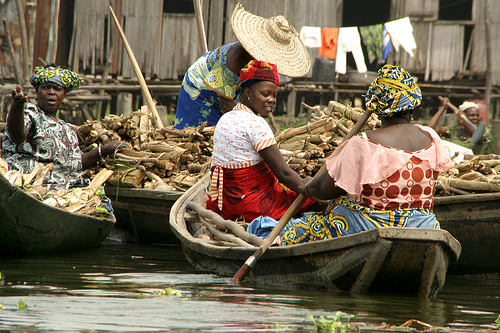 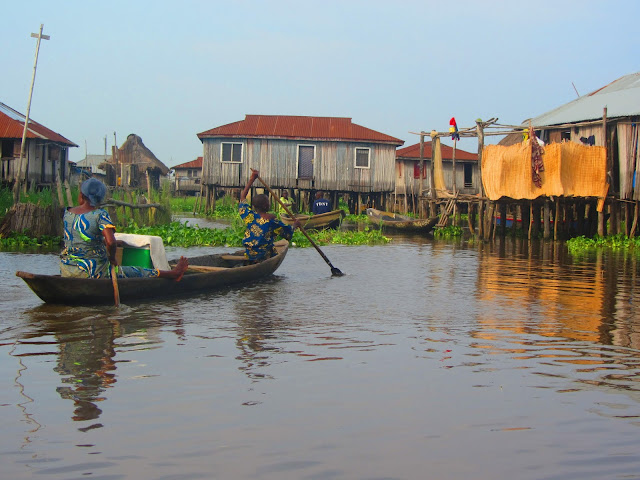 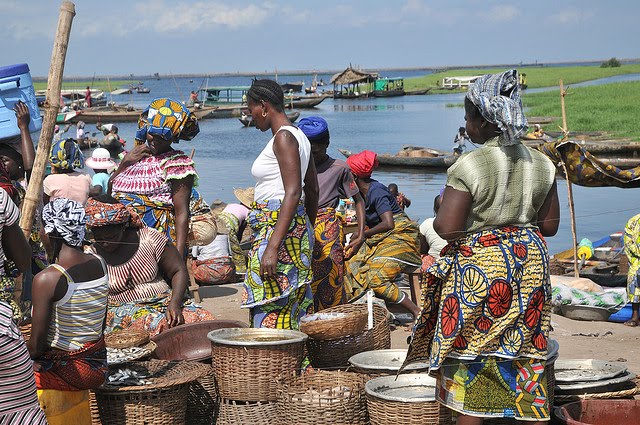 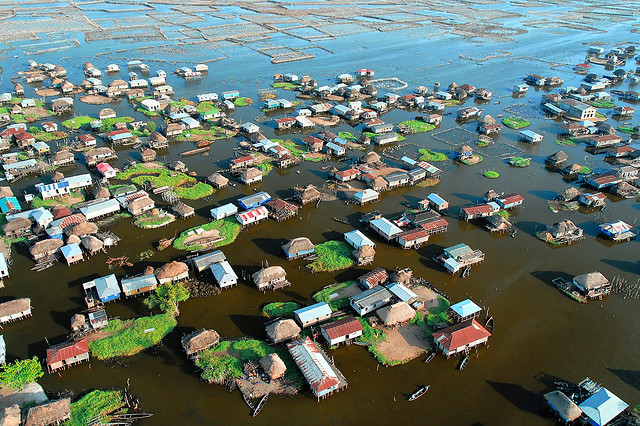 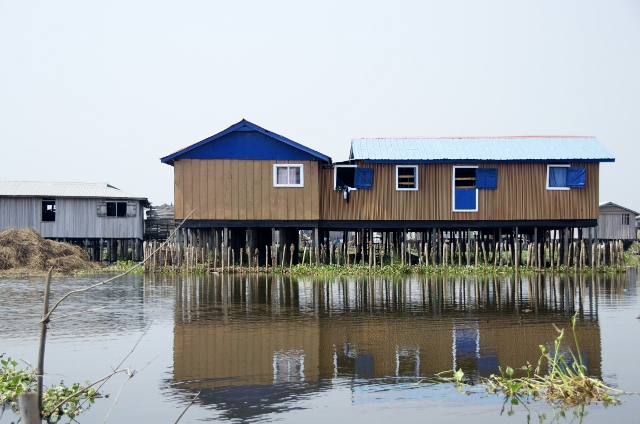 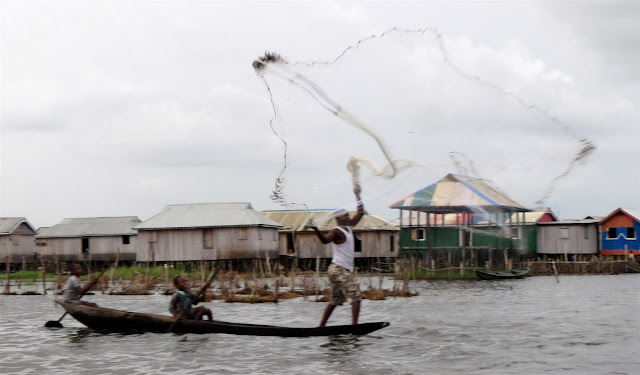 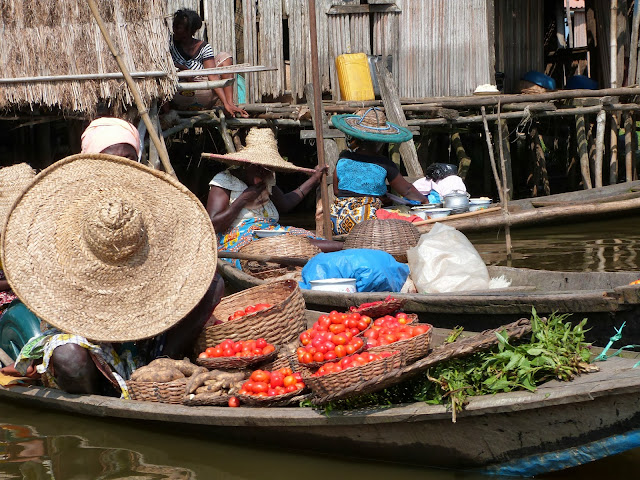 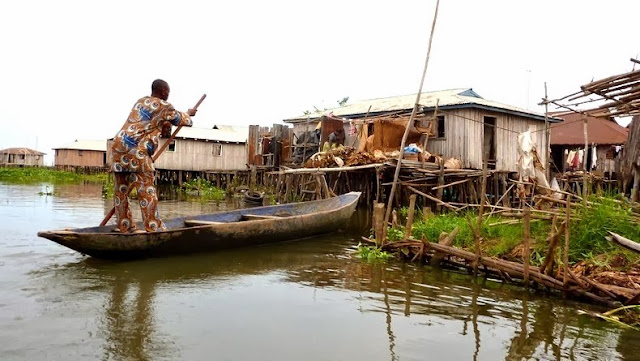