The Damara are unique ancient and aboriginal hunter-gatherers but now agriculturalist-animal husbandry and Khoekhoe-speaking people inhabiting the environs of the Brandberg and Khorixas, which is now the Erongo Region of Namibia. They once inhabited large parts of central Namibia and are regarded as the oldest inhabitants of Namibia alongside San (Bushmen) and Khoekhoe (Hottentots).

The Damara have been giving anthropologists and historians serious headaches and continue to do so with regard to their actual origins. Their physical appearance and language indicate two completely different lines of descent. The language of the Damara is a Khoekhoe language similar to that of the Nama (Khoekhoe/Hottentots) and recognizable by its characteristic clicks. However, unlike Nama (Khoekhoe) whose physical appearance is of much lighter skin colour, the Damara are completely different and possesses some light but dark skin which resembles any Bantu groups.

The Damara are also known as Khoekhoegowab: ǂNū-khoë, which literally means "Black people." The German clolonialist called them Berg Damara, referring to their extended stay in the hills of Khomas Highland. At various times the Damrara (Daman or the Damaqua) as an ethnic group make up 8.5% of Namibia's population with total number of about 140,000 people.

Some Damara people now lives outside their homeland. They live in the capital Windhoek, Okanhandja, Swakopmund, Walvis Bay, Otabi and Tsumed. Some of Namibia’s most eloquent and influential politicians are Damara, notable examples being former Prime Minister, Hage Geingob, labour minister Moses Garoeb and the speaker of the National Assembly, Dr Theo-Ben Gurirab, also a former Prime Minister.

Language
The Damara speak  Khoekhoe language, like that Nama people. The majority live in the northwestern regions of Namibia, however they are also found widely across the rest of the country. They have no known cultural relationship with any of the other tribes anywhere else in Africa.

Their name in their own language is the "Daman" (where the "-n" is just the Khoekhoe plural ending). The name "Damaqua" stems from the addition of the Khoekhoe suffix "-qua/khwa" meaning "people" (found in the names of other Southern African peoples like the Namaqua and the Griqua).

History
The Damara are widely believed to be the oldest inhabitants of Namibia after the Bushmen (San) and Nama (Khoekoe/Hottentots). Thought they share similar language and customs with the Nama people, but their historical origins still shrouded in a mystery. There are two schools of thoughts or theories concerning Damara origins.

One theory avers that which their physical Bantu features, the Damara were the first Bantu people to migrate from West Africa to Namibia where they were subjected by Nama people and as a result acquired similar language and customs through acculturation.
The other theory suggests that the Damara evolved alongside the Nama in Botswana thousands of years ago. And that explains the similarities in language and culture between them. The theory states that the Damara later migrated to Namibia.

Dr Theo Ben -Gurirab, former Namibian prime minister and ethnic Damara man. On the 24th of January 2014, Dr Theo Ben-Gurirab announced he was joining the International High Level Committee for the freedom of Marwan Barghouthi and all Palestinian prisoners. Dr Theo Ben-Gurirab is the Former Prime Minister and Foreign Minister of Namibia and current Speaker of the National Assembly of the Republic of Namibia. He was elected as President of the Inter-Parliamentary Union for a three-year mandate in October 2008. Since October 2011, he is Honorary President of the IPU. During his 35 years in the field of international affairs and diplomacy, notably in the UN, he served as President of the 54th Session of the United Nations General Assembly. He was instrumental in driving the UN reform process forward and presided over the drafting of the historic United Nations Millennium Declaration in 2000.

By the beginning of nineteenth century Damara communities were established in the most central parts of Namibia. They were living in a mixture of hunting, livestock farming and limited crop cultivation. They were also skilled smelters and workers of copper. It is suggested that they engaged in trade with Ovambo people of the North and Nama to the South.

Moses Garoeb, ethnic Damara man shaking hands with as foreign envoy. Moses Mague ǁGaroëb (14 April 1942 in ǀArixas near Mariental —19 September 1997 in Windhoek) was a Namibian politician, founding member of SWAPO, and member of SWAPO's Politburo and Central Committee.
During his political career, ǁGaroëb served in the Constituent Assembly of Namibia and was a Member of Parliament from the day of Namibian independence, 21 March 1990. He was appointed Minister of Labour and Human Resources in 1995, a position he held until his death

However, as tension over land exacerbated in the 19th century, particularly between the Nama and Herero, the Damara became casualties in the ensuing scuffles as their land were squeezed out from them. Some immediately became servants to the Nama and Herero, whilst many fled to the remote mountainous areas, earning them the name "Berg Damara," meaning mountain Damara.

Following the German rule over colonial Namibia, the first Damara reserve was created in 1906 around Okombahe area. The colonial administration looked down upon them because of their hunter-gathering status.  Goldblatt (1971) averred "the oldest inhabitants of the country, had no fixed abode and lived under primitive conditions, hunting game and being hunted like game by any newcomer into the Territory. They were outlaws of the country... from the earliest times, and those who could not hide in the mountains had been subdued and been made slaves of Namas."

The Okombahe area was enlarged upon the recommendation of Odendaal Commission of Inquiry in 1960`s, when so-called tribal homelands were created for the different ethnic groups in Namibia. In 1973 an area of approximately 4.7 million hectares was proclaimed as Damaraland, with Khorixas as its administrative capital. Following independence, this area became part of the Erongo Region. According to the latest census (2011), about 150 400 people live here, 42 400 more than in 2001. The Damara homeland comprises northwest of the country, from Uis in the south to Sesfontein in the north, and this remains predominant Damara area even up till now.

Economy
The Damara currently rely for subsistence on the varying combination of pastoralism, foraging and horticulture as well as alternative means of income-generation within formal and informal economies.
Nowadays rural Damara people cultivate corn and vegetables, while livestock production has become an important source of income. Many work on commercial farms; others in mines, with some making a living from small mining in the Erongo Region. A relatively large number are employed in urban centres as teachers, clerics and officials.

A young woman of the Damara tribe of Namibia stands in the shade of a tree in the central Namib. Her long hair is adorned with feathers of local birds.
COPYRIGHT:© Christian Goltz

Tradition and Culture
The community consist of several larger families called haoti. These are clusters of clans and extended families that were formerly concentrated in specific areas, consisting of about eleven sub-groups.

Clans
The Damara consist of 11 clans:
The ǂAo-daman used to live in the settlements of Outjo, Kamanjab, and Khorixas.
The Ao-guwun, their home settlement is Sesfontein.
Dâure Daman (English: Brandberg Damara after Dâures, the Khoekhoe name for the Brandberg Mountain)
The ǀGaio-daman (English: Paresis Damara) lived in the Paresis Mountains between Outjo and Otjiwarongo
The ǀGobanin (English: dune people after ǀgobas, dune) used to live in the area between Rehoboth, Seeis, and Hoachanas.
The ǁHuruben lived nomadic in the Namib Desert between Uniab River and Huab River.
The ǀKhomanin (named after the Khomas Highland) in 1854 were more than 40,000 in number.[citation needed] Their tribal area today is part of the city of Windhoek, rendering the clan essentially landless. Their Chief is Josephat Gawaǃnab.
ǃKhuise-daman (named after the Kuiseb River)
ǃOe-ǂAn (English: Erongo Damara after ǃOe-gas, the Khoekhoe name for the Erongo Mountains) Their home settlement is Okombahe; their current leadership is disputed.
Hago-Daman (named after the Hakos Mountains)
Tsoaxudaman (English: Swakop Damara after Tsoaxaub, the Khoekhoe name for the Swakop River)

Their religion is focused on the ‘eternal fire’ and intertwined with their hunting activities.
Source:http://www.footprinttravelguides.com/africa-middle-east/namibia/culture/damara-herero-himba/ 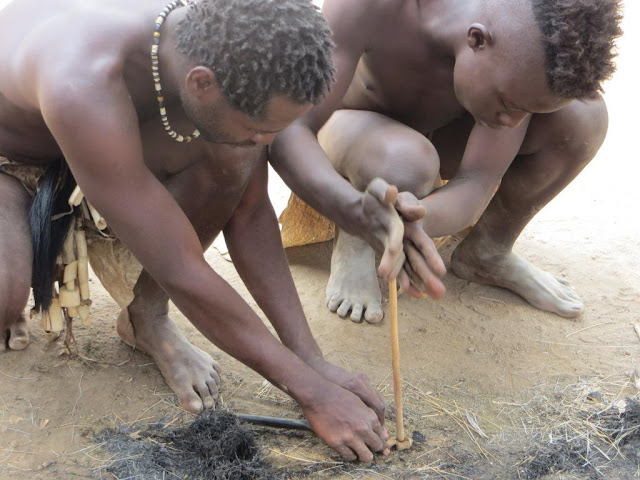 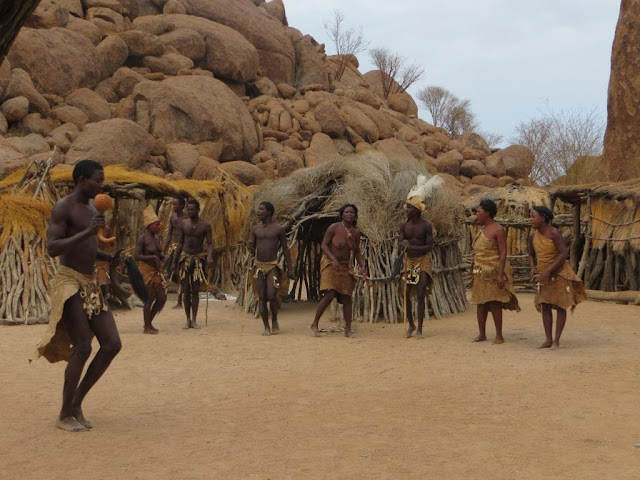