The Dendi also known as Dandawa people are an ethnic group of Songhai origin located in Niger, northern Benin and Nigeria, mainly in the plains of the Niger River. Their community consists of 255,633 people. Among them, only 5,505 live in Nigeria. Their mother tongue is the Dendi. 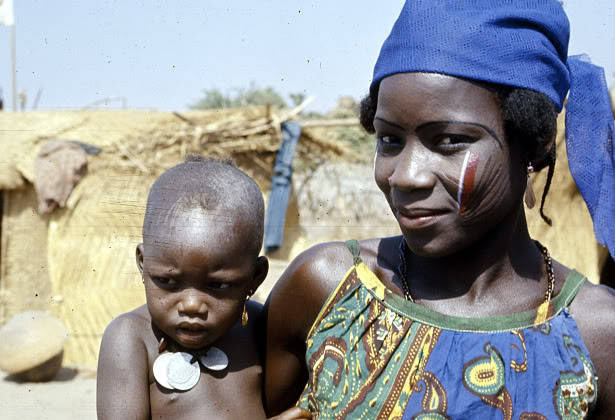 Many years ago, the Dendi traveled as merchants throughout the Niger River Valley, selling their goods and services and settling along the principal caravan routes. Today, they have become an influential group with significant political influence in regional politics. In some of the larger cities, the Dendi form a very powerful commercial elite. Many continue to work as merchants, while others are farmers.

In Benin, Dendi are found in Atakora and Borgou provinces, along Niger River, Medru River to Nigeria border, down to Kandi. Many at Djogou and towns in the north. In Niger, they are located on the southern border around the city of Gaya.
Some of the Dendi live in the high grass areas, where there is little water and sparse vegetation. Sizable Songhai communities can also be found in the nearby countries of Burkina Faso, and Mali. 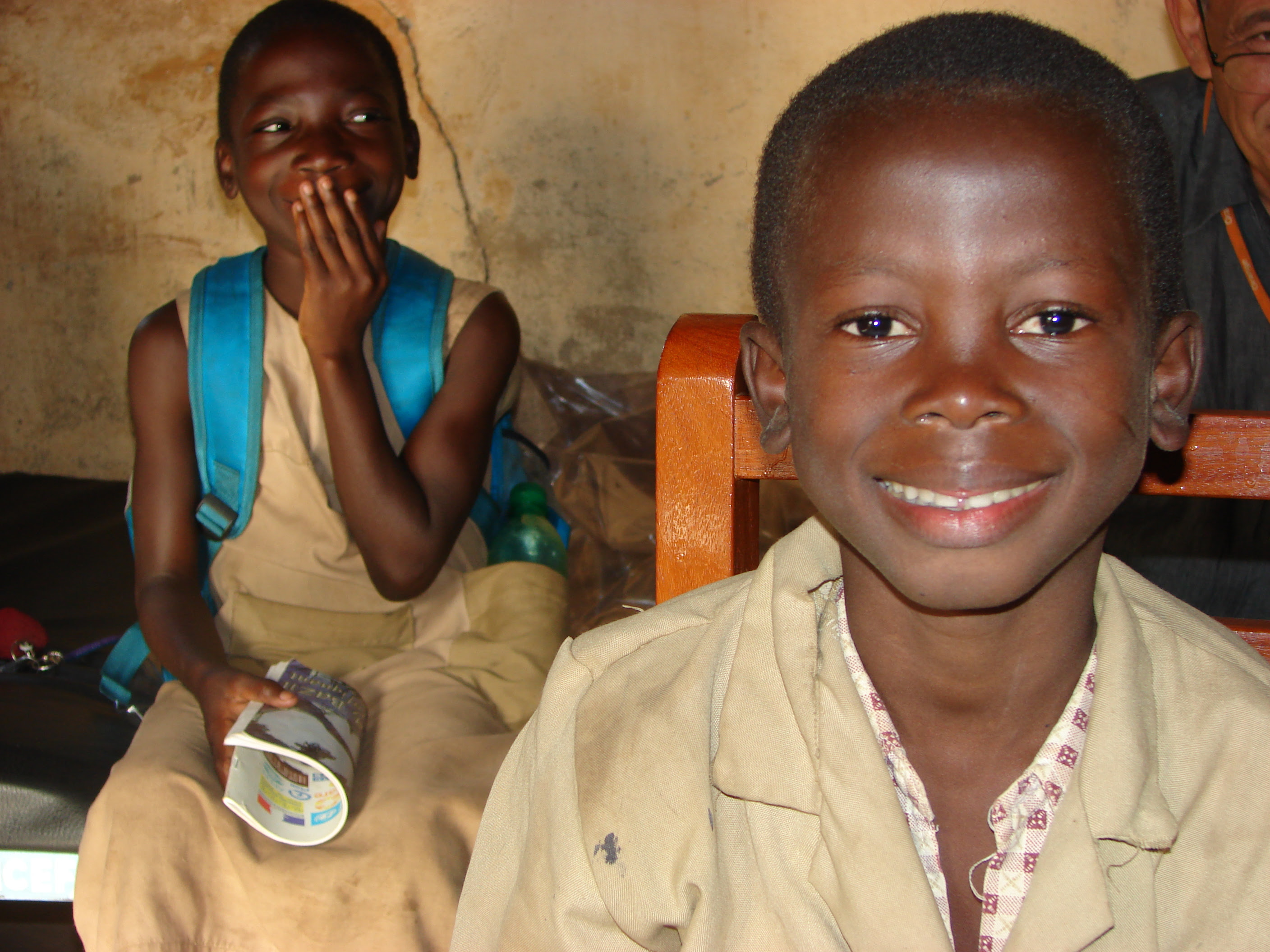 Dendi kids
Language
Dendi people speak a Songhay language also known as Dendi. It is Nilo-Saharan language used as a trade language across northern Benin (along the Niger River; Donga and Alibori provinces, e.g. Djougou, Kandi). It forms a dialect cluster with Zarma and Songhai proper, but is heavily influenced by Bariba. History
All of the Dendi and Songhai trace their origin to the eighth century kingdom of Za. Al-Sadi's seventeenth century chronicle, the Tarikh al-Sudan, provides an early history of the Songhay as handed down by oral tradition. The chronicle reports that the legendary founder of the dynasty, Za Alayaman, originally came from the Yemen and settled in the town of Kukiya. The town is believed to have been near the modern village of Bentiya on the eastern bank of the Niger, north of the Fafa rapids, 134 km south east of Gao. Tombstones with Arabic inscriptions dating from the 14th and 15th centuries have been found in the area. Kukiya is also mentioned in the other important chronicle, the Tarikh al-fattash. The Tarikh al-Sudan relates that the 15th ruler, Za Kusoy, converted to Islam in the year 1009-1010 A.D. At some stage the kingdom or at least its political focus moved north to Gao. The kingdom of Gao capitalized on the growing trans-Saharan trade and grew into a small regional power before being conquered by the Mali Empire in the early 13th century. 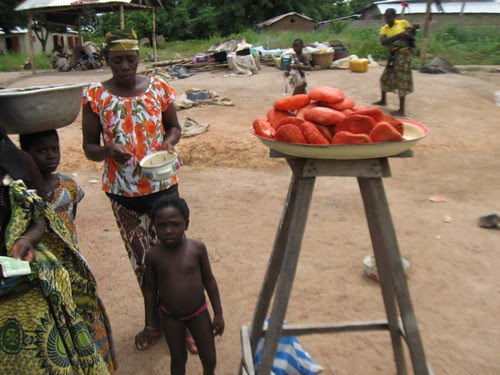 Dendi people showing their traditional milk cheese (Wagasi)
Dendi Kingdom
The Dendi Kingdom (1591–1901) was a West African state in modern-day Niger founded by the Songhai people after the collapse of their empire Songhai.

Rise and fall of Gao
Since the middle of the 8th century AD, the Songhai people had dwelled in eastern Mali at the trading city of Gao. The region surrounding the kingdom came under the influence of Sundiata's Mali Empire after 1275. However, it was not completely brought under the empire's control until its 1324 conquest by General Sagha Mandjan.
In 1464, Gao regained its independence thanks to the bumbling of the Mali Empire and began seizing lands for itself. The new Songhai Empire began a campaign of conquest and eventual conversion under the Askiya dynasty. They finally vanquished their old overlords in 1546 capturing and destroying the Mali capital of Niani. But the Songhai's quick emergence in West Africa would be followed by a quick decline. A defeat at the Battle of Tondibi against invading Saadi forces armed with guns resulted in the end of the empire. The Askiya dynasty fled the city of Gao as the Saadi approached and resettled in their native Dendi region of Niger.

Dendi man from Benin
Dendi
The Askiya dynasty reorganized itself under a new king called Nuhu. This second (or third depending on when one starts counting) Songhai Empire established its new capital at Lulami. It soon began fighting to establish itself in the region and restore Songhai prestige. 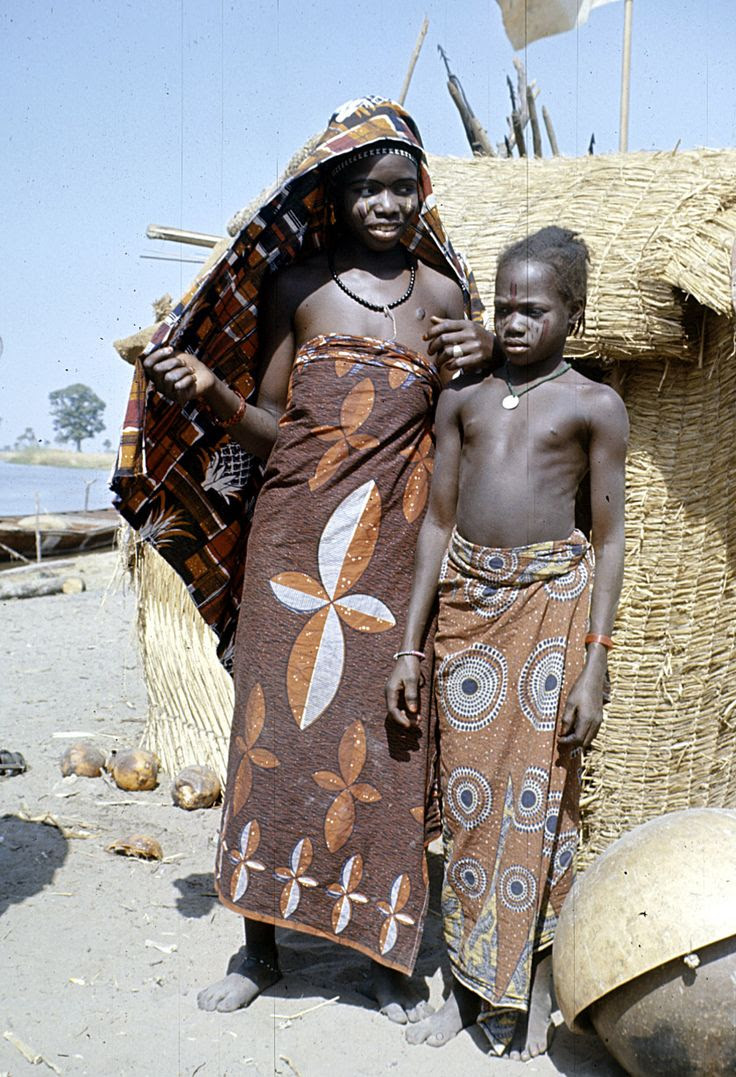 Continued Presence in Mali
L﻿ittle record exists between 1591 and the early 18th century reign of Hanga for the Dendi Kingdom. What is apparent is that the kingdom maintained a preoccupation with regaining or at least undermining Saadi rule in eastern Mali. If the Songhai Empire was truly over, no one had told the Askiyas. In 1609, the Malian city of Djenné revolted against the Saadi pashas (governors) with Dendi support. The Saadi were eventually able to regain the city, but with a lack of support from the homeland they soon abandoned the area leaving it to Tuareg and Fulbe nomads.

Further Saadi Conflict﻿
In 1612, Askiya al-Amin came to power in Dendi. His short reign of six years was followed by the long and tyrannical rule of Askiya Dawud. Dawud killed many people during his reign including relatives and members of the military. His brother, Isma'il, fled to Timbuktu and sought Saadi support to overthrow al-Amin. Isma'il returned in to Dendi and deposed his brother in 1639. Upon attempting to send the foreign army back, he was deposed and replaced by an askiya the pasha's felt would be easier to deal with. This ruler was eventually removed by the Songhai people.

Final Downfall
Dendi staggered on for the next two and a half centuries witnessing increasingly unstable reigns, coups and counter-coups. When France entered the region, Dendi was in no shape for battle. In 1901, the French deposed the last askiya of the Dendi ending Songhai's control of either Mali or Niger until independence. 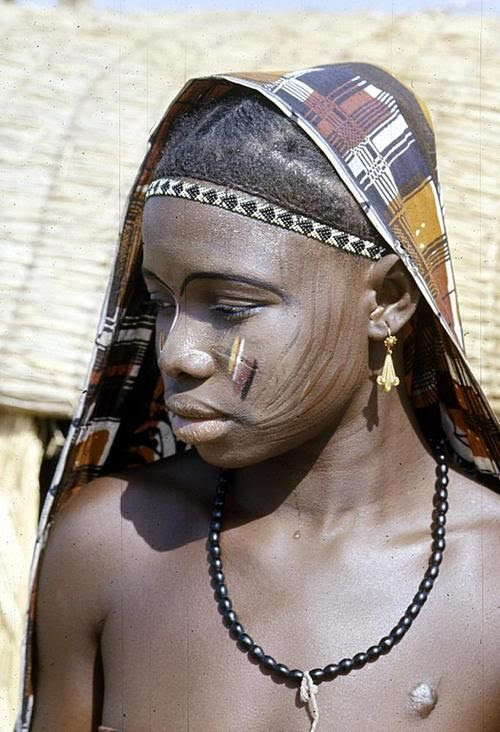 Economy
Dendi economy is based mainly on agro-pastoral practices. Most of the Dendi in Niger,Benin and Nigeria are farmers, growing maize, millet, and plantains. Most farming is done by the men only. Women, however, grow vegetables and herbs in their own personal garden plots inside their villages. The surplus produce from these gardens covers the cost of such necessities as tools, clothing, and expenses for birth and marriage ceremonies.
Many Dendi also raise animals such as cattle, camels, sheep, goats, and chickens. In contrast to their southern neighbors, the Dendi milk their cows and goats, and make butter from the milk.

Trade:Regular markets exist on both local and regional levels, with the caravan trade still playing an important role in the Dendi economy. Cotton fabrics, leather goods, kola nuts, salt, dried fish, and other articles are among some of the items traded. 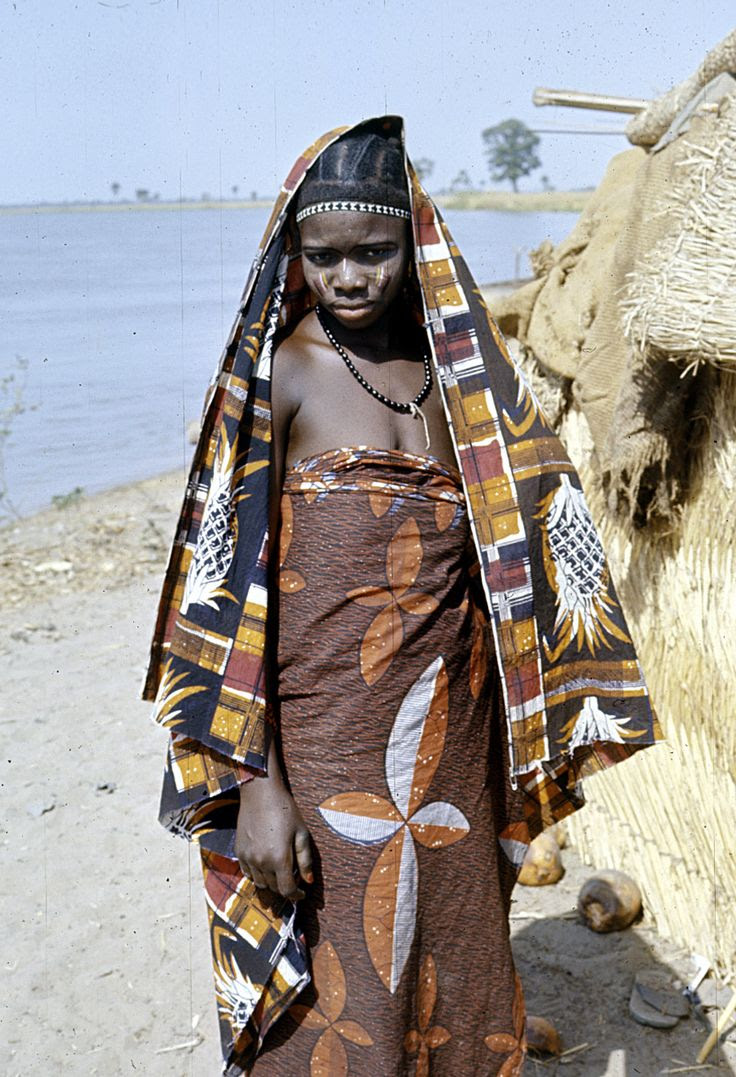 Housing and family structure
In the rural areas, individual huts of a household unit are round and made with mud or mat walls and have round, thatched roofs. In the larger towns and cities, however, houses are rectangular and have sun-dried brick walls and roofs made of beaten earth. An interior courtyard is located in the center of these houses and is used as a place to keep the animals, store grain, and receive guests. A number of these houses together forms a household unit, which is fortified or protected with walls of brick or stone laid in mud.

Each Dendi village is composed of a patrilineal extended family linked to a common male ancestor. This group is then divided into sub-groups and further into household units. Each household unit consists of a married son, his wives, and their children. Among the Dendi nobles, firstborn sons are pressured to marry their paternal uncle's daughter in order to maintain the purity of the lineage. Men marry while they are in their late twenties; whereas, girls marry while in their early teens.

Most men have more than one wife, and each wife has her own hut. There, she will raise her children until they marry or are old enough to move out on their own. The first wife enjoys a privileged status and is considered the "chief" over the other wives. Marriage raises a man to a senior status; therefore, most men do not usually marry until they are in their late twenties. Girls, on the other hand, marry while in their early teens. All children belong to the husband's lineage group, even in cases of divorce. 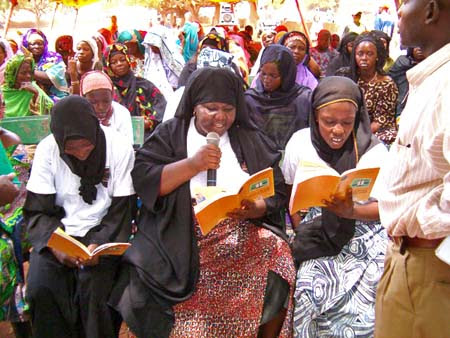 Religious Belief
The Dendi are almost entirely Muslim. Each Dendi city has a mosque, or at least a mosque on Friday. Some communities have imams (religious leaders) who teach Islamic philosophy and some Muslim ceremonial activities are practiced frequently. In addition, Islamic religion has a number of sects as Ibadhi, Ahmadi, Alevi, Yazidi, Druze and Khariji. However, Dendi culture traits, such as spirit possession, magic, witchcraft, ancestor worship and witchcraft, yet remain remarkably rooted in Dendi society. Thus, most of the villages have magician-healers and witches.

The daily ceremonies of spirit possession varies from one area to another. Thus, this type of ceremony, in some places, can occur at least once a week. The most important ceremonies are the genji bi hori (a festival where the Dendi give offerings to the "black spirits", which, according to popular belief in the community are those who control the disease plague) and yenaandi ("rain dance"). Both take place in the dry season. Islamic marabouts (holy men) perform the main prayers of the Dendis, but also the use Dendis them in healing the sick.