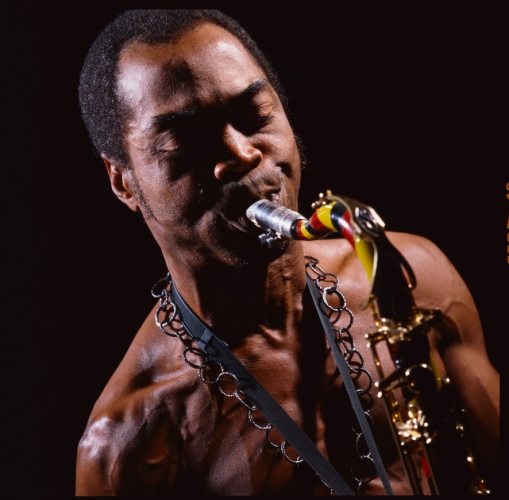 FELA KUTI, THE KING OF AFROBEATS

Fela Anikulapo Kuti was a man of many parts, a genius in musical arrangement, a relentless socio-political activist, world class performer, a connoisseur of weed, and above all a lover of women he called “queens.”

Fela’s enigma is hard to describe because there were many things that made his band a world brand. Although I am an extreme lover of Fela’s music, which I often play when I am painting in my studio, I never met Fela or attended any of his concerts while he was alive. Over time I have gone beyond merely listening to his music and analysing his message to admiring how he surrounded himself with art, especially his album designs by Lemmy Gharioku that featured most of his women, to the beautiful makeup of his dancers and wives. Fela loved art in all its forms and the energy it gives, so he infused it into every aspect of his musical life. 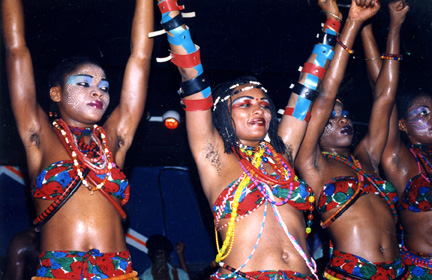 Art inspired by him, his music and his queens was part of “The Black President: The Art and Legacy of Fela Anikulapo-Kuti” exhibition in 2003 at the New Museum in New York. And this artistic aspect of his legacy was not missing as I sat down in the audience in May this year in New York to watch the hit Broadway show, Fela! The musical genius influenced art, and art influenced him. And the most visible convergence between Fela the musician and Fela the artist is inherent in the aesthetics of the beautification of his queens.

The relationship between Fela and his queens was as complex as the man himself. This complexity was observed by Sara Krulwich of New York Times: “He was both sexist and saviour; pushing the women to educate themselves and using them as political agitprop at times... the wives talked about their love for Fela and their wish to have his children, and also about their shared battle against corruption and repression anywhere in the world.” Contrary to some people’s views that the women were prostitutes, they were actually activists and co-fighters in their own right. Most of them suffered with Fela in the tide of tyranny he swam against.

And among the many legacies Fela left behind is the sense of regality and beauty of the women he crowned and celebrated. Their gyrating and scintillating dance styles, sensuously skimpy costumes and the riotously controlled make up all add to their peculiarity. The queens did not only feed Fela’s serial polygamist lifestyle, some of them were the best choreographed dancers and backup singers. Femi and Seun, Fela’s two sons, did not only take after their father in sustaining the Afrobeat genre, they have also continued the tradition of surrounding themselves with queens, not as wives like their father but dancers mostly.

So beyond the political grittiness, what then makes a Fela queen? What are the visual tell tale signs that have influenced artists like Gharioku, Femi Osunla. More than the eclectic choreography, where the queens’ body movements seem to be controlled by a certain electric mechanism rather than by Fela’s music, it was eclectic fashion that best defined these women. Off stage, when not wearing the micro miniskirts with loose strands that twirled and excited the audience, they were gorgeously clothed like the queens they were, in long flowing gowns made from African fabric; buba and wrapper made from exquisite lace material with beads and bangles and chains dangling from necks and wrists. The elaborate facial painting and often diminutive costumes were very idiosyncratic.

To see a Fela queen was to see living art. The facial and body paintings were carefully controlled brush strokes of vibrant tropical colours accentuated at specific angles by bold pointillism done in white around the eye brows, the forehead and the chin. The lips were a luscious red or any bright colour of the queen’s choice, carefully framed by black lip-liner. Most of them did their own makeup. The hair, when not wrapped in gorgeous Aso-Oke or some elongated gele, was plaited in black thread, rising sky high like a leafless baobab. Colourful beads, buttons and other bling-bling ornaments were sewn to the hair to give it the look of flowers in full bloom. It is not surprising that beside his music his queens were the most celebrated aspect of Fela’s boisterous life. Without them the brand Fela probably would have been different. The queens completed the ensemble and when he was alive you could catch Fela without a shirt or trousers, but it was rare to see him without his queens. They were his muses, his energy, his essence and they fed off each other.

They added the colours to Fela’s music and brought the visual art aspect of his life, to life.

Photographer James Petrozzello‘s gorgeous portraits capture the strong beauty of the FELA! dancers paying tribute to the original Fela Queens. “I have long been a fan of Fela Kuti – the musician, the political figure, the icon,” James told Okayafrica. “The first time I saw his ‘queens’ I was struck by their radical style. I wanted to make these photos to pay homage to their beauty and to bring attention to the women who contributed so much to Fela’s life.”


To see the entire series, click any image below. 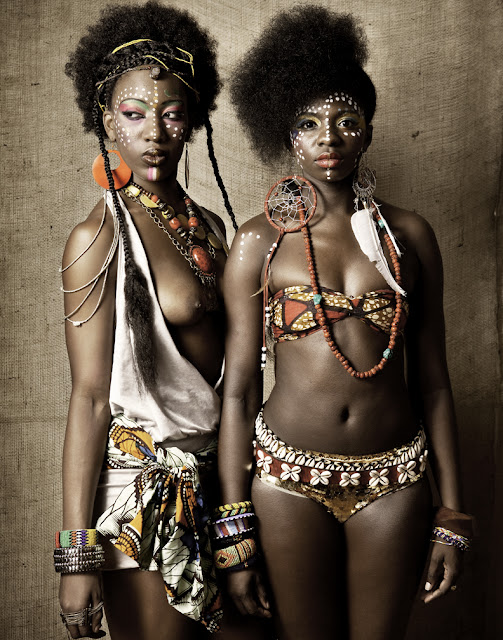 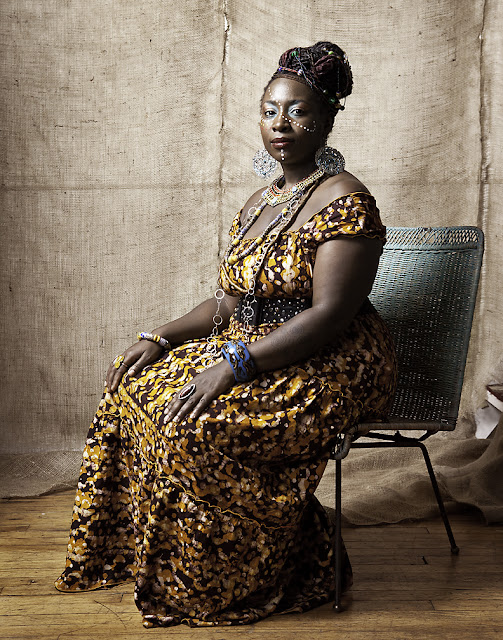 MODEL ABENA POSING AS ONE OF THE FELA`S DANCING QUEENS

ONIEKA, A MODEL POSING AS ONE OF THE FELA`S DANCING QUEENS 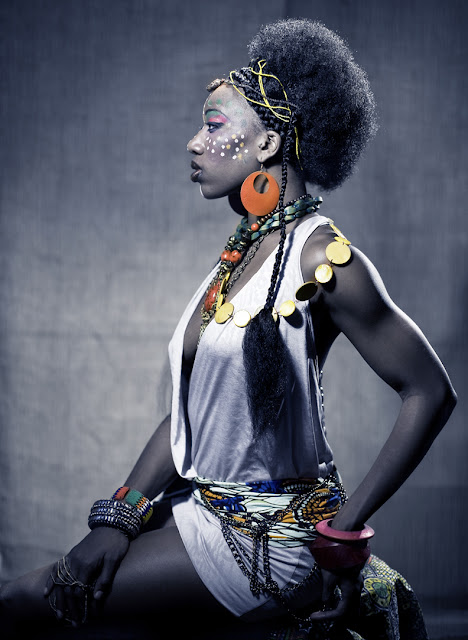 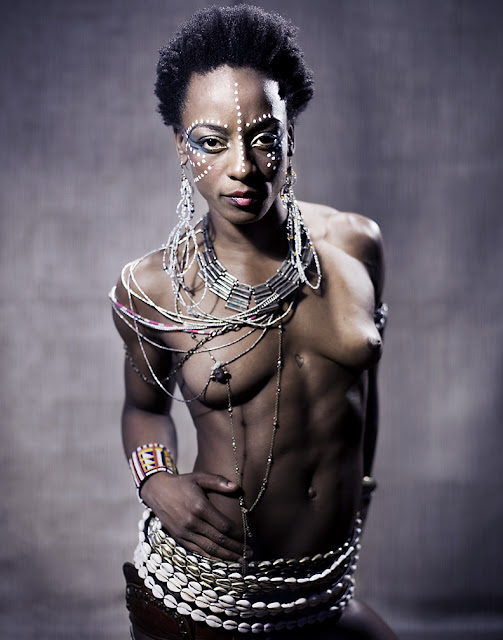 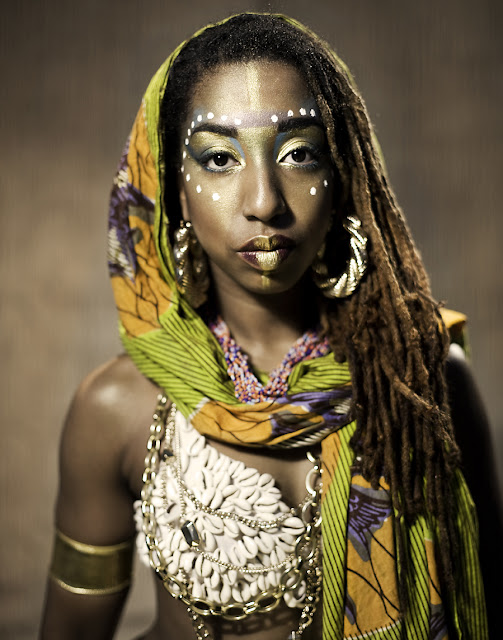 CATHERINE IN A TYPICAL STAGE DRESS OF FELA DANCER 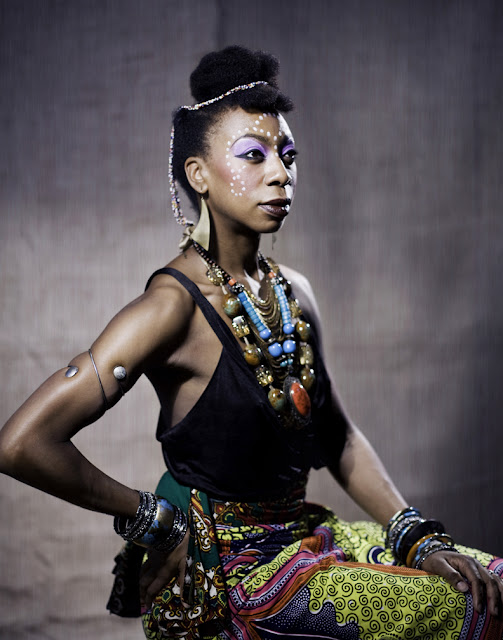 LAUREN IN A SITTING POSE OF A FELA DANCER 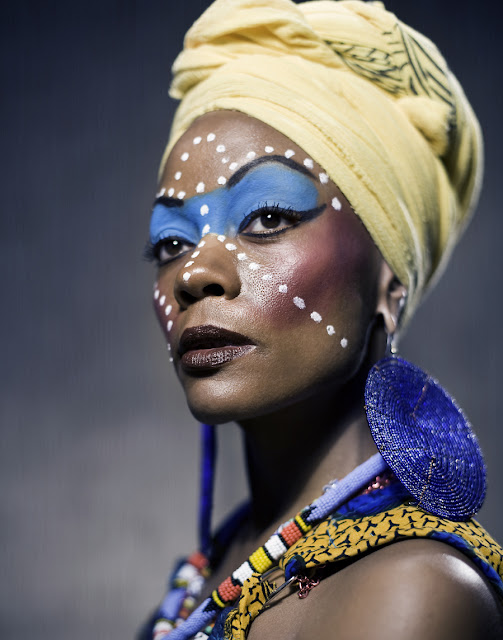 IRIS IN FACIAL PAINTING TECHNIC LIKE THAT OF FELA DANCER 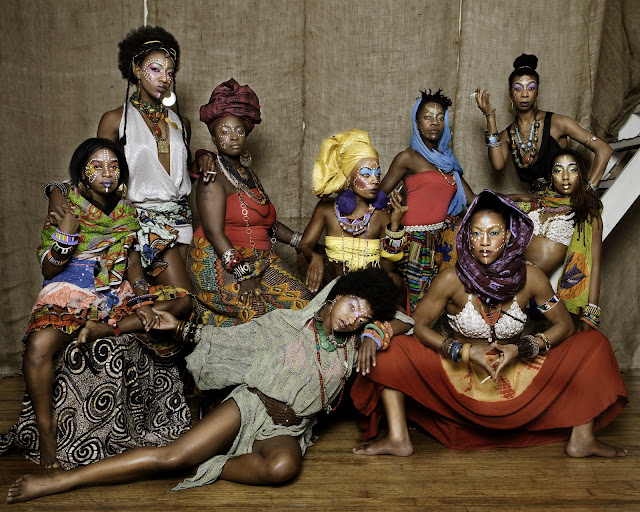 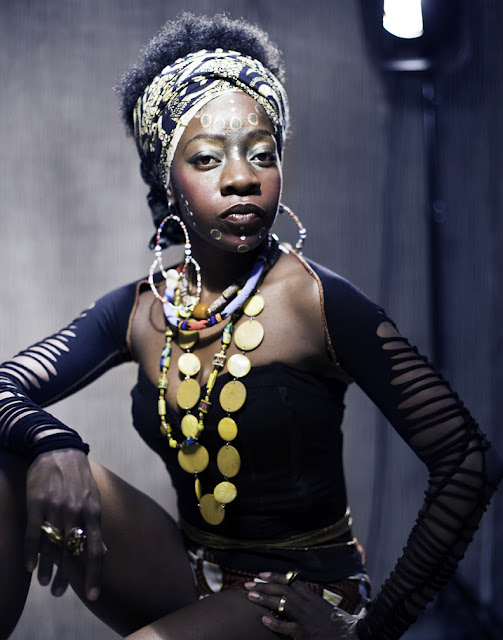 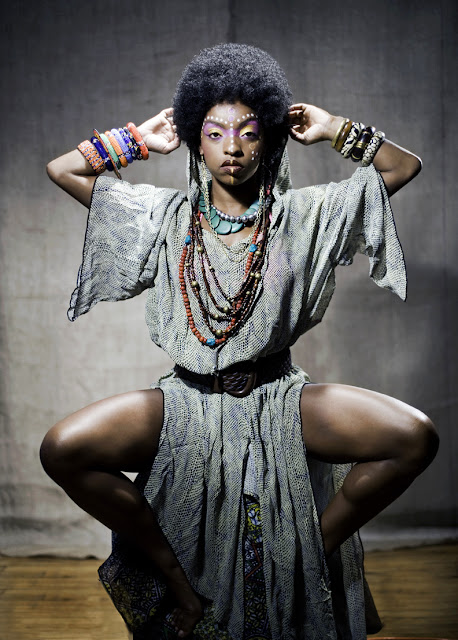 AIMEE IN A DANCING POSE 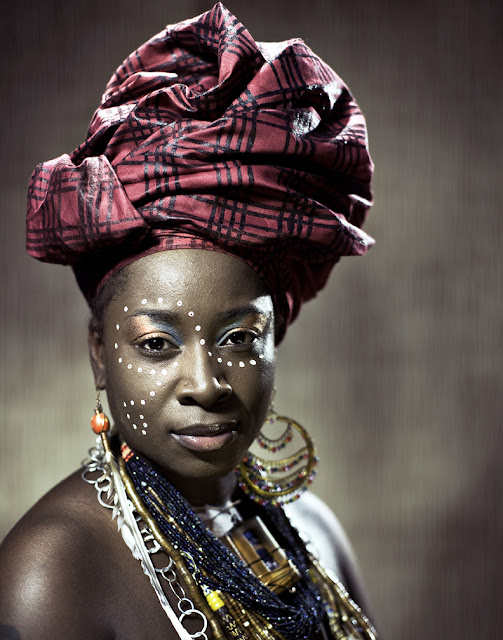 ABENA IN A BEAUTIFUL HEADGEAR TYPICAL OF FELA DAMCERS 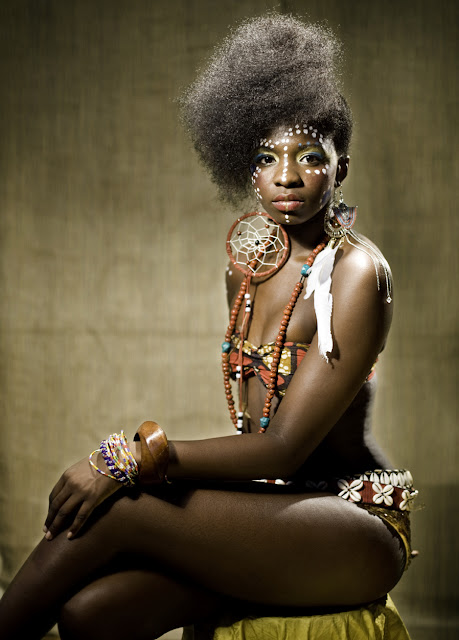 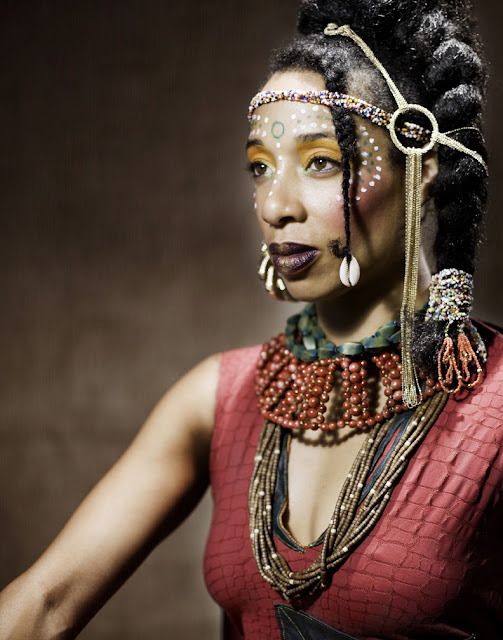 JILL IN A NICE POSE 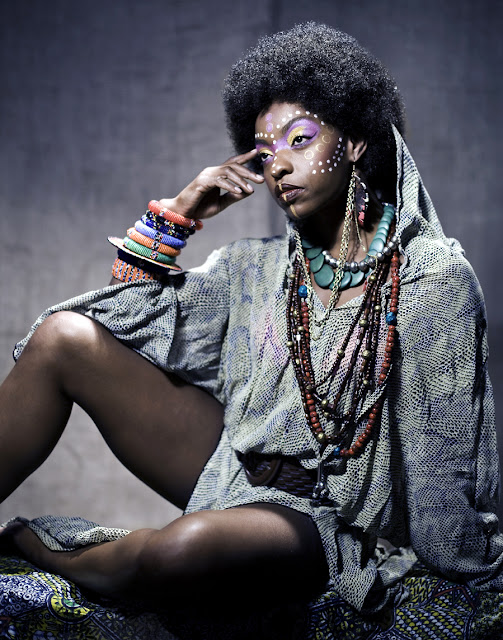 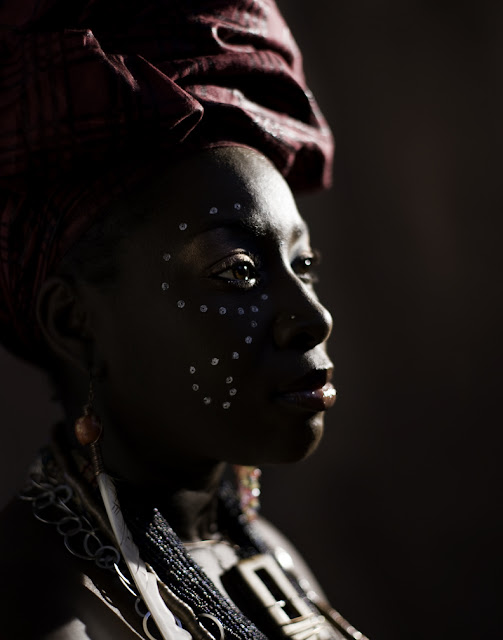 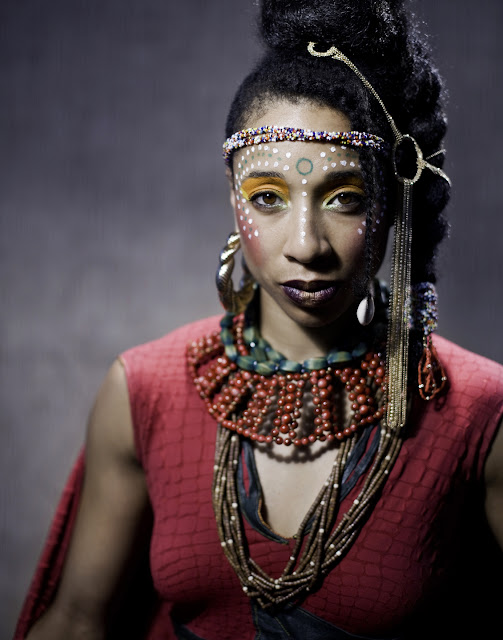 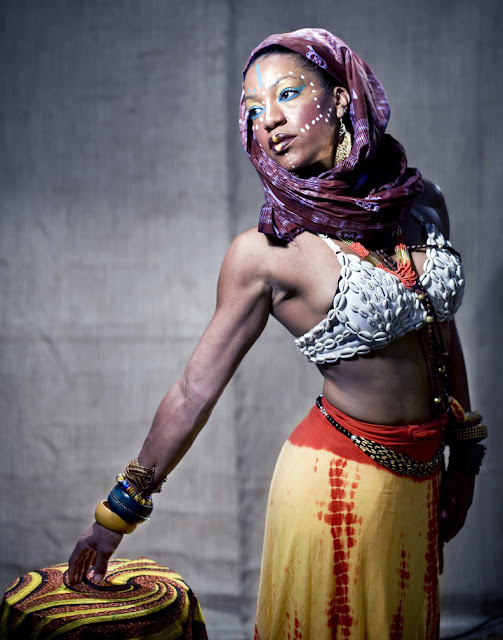 All the photos of the kalakuta models were culled from : http://www.okayafrica.com/2011/05/02/fela-portraits/