Amodu Tijani, Chief Oluwa of Lagos, was a Nationalist leader and Idejo Chief who controlled a series of villages and towns in the Lagos area. He was an ardent founding member of the first inter-territorial nationalist movement, National Council of British West Africa (NCBWA) and attended the inaugural meeting of the organization in  Accra in March 1920 with fellow Nigerians J Egerton Shyngle and Herbert Macaulay. NCBWA was the brainchild of the great Gold Coast (Ghanaian) and father of West African nationalism, Joseph Ephraim Casely-Hayford.  NCBWA came out with eighty-two (82) resolutions covering twelve (12) topics. These were:
*The Legislative Councils in British West Africa should have half i.e. 50% of its membership directly elected,
*There should be a West Africa House of Assembly made up of all the members of the Legislative Councils plus six (6) financial representatives elected by the people to control revenue and expenditure.
*Municipal Councils dominated by Africans should be established,
*The Civil Service should be Africanised.
*Syrian and Lebanese traders should be expelled,
*The right of the installation or deposition of chiefs should continue to be in the hands of the people, vii) A West African University should be established, viii) A Law making education compulsory be enacted and that the standard of primary and secondary education should be raised.
With these demands, in September 1920 the Congress dispatched a deputation to London. It consisted of Chief Oluwa and J. Egerton Shyngle from Nigeria, T. Hutton Mills, H. Van Hein and J. E. Casely-Hayford from Ghana, Dr. H.C. Bankole-Bright and F.W. Dove from Sierra Leone, and E.F. Small and H, M. Jones from The Gambia. Though the deputation remained in London until January 1921, not only were all their demands for constitutional and judicial reforms rejected, but Lord Milner, the Colonial Secretary, refused to grant them audience.
Despite this fiasco, it was owing to the pressure mounted by the Congress that the Colonial Administration introduced limited constitutional reforms. The principle of elective representation was for the first time introduced into the 1922 Constitution of Nigeria, the 1924 Constitution of Sierra Leone and the 1925 Constitution of Ghana. The Congress was the first practical attempt of pan-Africanism, which sought to unite the African elite to fight for a common cause.

Highly unashamed of his strong nationalist views and not fearful nor a stooge of the British colonial administration like his forebear King Docemo of Lagos who signed away the vast native land of Lagos to the British for free, Chief Oluwa argued consistently with the British that the colonial government had no authority to interfere with the Oba's (ruler of Lagos) rule and sued the British colonial government for using legal tricks in stealing Lagos lands.
When he lost the case at the Lagos high court, in 1920 Oluwa and great Nigerian nationalist, Herbert Macaulay, who was then serving as Oluwa`s secretary and interpreter visited the Privy Council in London to defend the Oba's right of ownership to land the colonial government had appropriated. The Council ruled in their favour. This case proved to be a landmark in Nigerian history as it recognised the Chiefs as absolute owners of the land. Songs and poems were later composed in Oluwa's honour.
In his recent 2013 book entitled "Imperial Justice: Africans in Empire's Court" Bonny Ibhawoh writes that "The British imperial justice reached a milestone in 1921. In that year the Judicial Committee of the Privy Council (JCPC), the final Court of Appeal for all legal disputes throughout the British Empire, passed a landmark case (the Amadu Tijani case) that was to reverberate across the empire because of the precedent it set on the question of Indigenous land right. The appeal was brought to the Privy Council by an African Chief, Chief Oluwa, against the Colonial government in Nigeria demanding compensation for the "illegal" expropriation of his ancestral land. At the heart of the matter was the Treaty of Cession signed between Britain and one of the Chief Oluwa`s forebearer, King Docemo, in 1861. The colonial government claimed that, under the terms of that treaty, the British Crown has acquired ownership of all lands in the colony of Lagos, including lands claimed by Chief Oluwa. Indeed, the 1861 states that King Docemo agreed to transfer to the Queen of Great Britain, "her heirs and successors forever," the land of Lagos, "freely, fully, entirely, and absolutely." 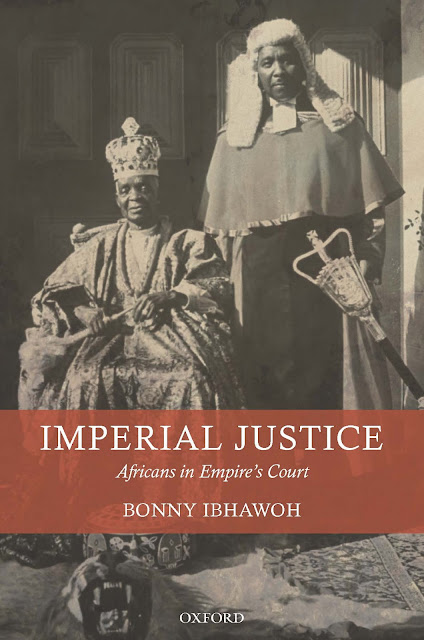 Although the wording of the treaty was unambiguously attest to the transfer of legal right of Lagos lands from King Docemo to the British Crown, the legitimacy of that surrender was tainted ab initio. The British officer negotiating the Treaty in 1860 faced a serious revolt by other chiefs, who claimed that King Docemo did not absolute customary or legal authority over "all the lands in Lagos," which he had supposedly ceded to the Queen of England. Even in his capacity as the paramount chief of Lagos, they contended, Docemo had neither "feudal authority" and "seigniorial rights" over his chiefs, nor absolute right over the land held in trust by them. Half a century later, chief  Oluwa`s petition to the Privy Council hinged on the position that, despite the Treaty`s provisions, King Docemo really had nothing to transfer to the British.

The key question was whether Chief Oluwa (Amadu Tijani) was entitled to compensation under the provisions of  the Public Lands Ordinance of 1903 which permitted compulsory acquisition of lands but requires compensations to be paid to all persons with interest in the land.  At the end of the protracted case, the PC ruled that, as the trustee of his native community, Chief Oluwa was entitled to be compensated for the land expropriated by the government. Whatever concession his forebears may have made to the British Crown was was made under the assumption that the property rights of the inhabitants were to be fully respected. The simple assertion of the British authority, and could not, serve to extinguish the legal rights of the aboriginal people to their traditional territories. Although this was a long established colonial principle applied where the indigenous peoples were in occupation of the land and using it, the ruling by the highest court in the Empire was significant. With this ruling, there was no more doubt that primary ownership of Lagos lands rested not with the British Crown, but with the indigenous inhabitants of Lagos.

Beyond its legal import, the PC`s decision in the Amadu Tijani case had great political and symbolic significance for many Africans. One local newspaper editorialized that the victory was a "boon for all West Africans," proclaiming: "Today, the dictum that `the white men Government make no mistake' has been exploded and proved to be erroneous and untrue." The news of the decision occasioned two weeks of celebrations and festivities in the streets of Lagos. On his return journey from London, where he had gone to witness the case, Chief Oluwa received congratulatory messages from African leaders and learned elites at every port of call on the West African coast, from Freetown in Sierra Leone to Sekondi and Accra in the Gold Coast. Forty thousand people turned out to at a ceremony to welcome victorious Chief Oluwa and his entourage when they arrived on the Lagos shore on the morning of 25th August 1921. 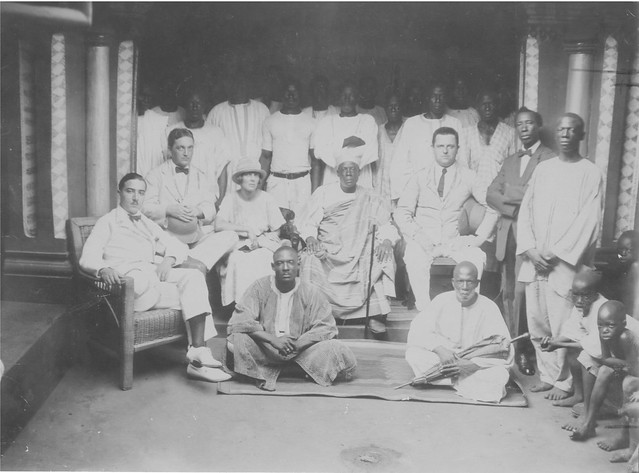 The Judicial Committee
His Majesty's Privy Council
Monday, the 11th day of July 1921

Before a Board of

Judgment of the Court
Delivered by
Viscount Haldane

Their Lordships will accordingly humbly advise His Majesty that the judgment of the Courts 'below should be reversed, and that declaration should be made: (1) That the appellant, for the purposes of the Public Lands Ordinance No.5 of 1903 is entitled to claim compensation on the footing that he is transferring to the Governor the land in question in full ownership, excepting in so far as such land is unoccupied, along with his own title to receive rent or tribute; (2) That the consideration or compensation awarded is to be distributed, under the direction of the Native Council of the District with the sanction of the Governor, among the members of the community represented by the appellant as its Head Chief in such proportions and in such manner as such Council, with the sanction of the Governor, may determine. The case will go back to the Supreme Court of Nigeria (Southern Provinces) to secure that effect is given to these declarations. The appellant is entitled to his costs of this appeal and of the appeal to the Full Court, and in any event to such costs of the original hearing as have been occasioned by the question raised by the respondent as to hi_ title. The other costs will be dealt with by the Supreme Court in accordance with the provisions of the Ordinance.
source:http://www.nigeria-law.org/Amodu%20Tijani%20%20V%20%20The%20Secretary,%20Southern%20Provinces.htm