Atong Arjok is a famous South Sudanese-American supermodel known for her unique long legs on runways and her stunning beauty. The five foot nine fashion model  is of South Sudanese Dinka ethnicity and  is considered to be one of the top Nubian models and black models to enter the fashion world since popular model, Alek Wek. 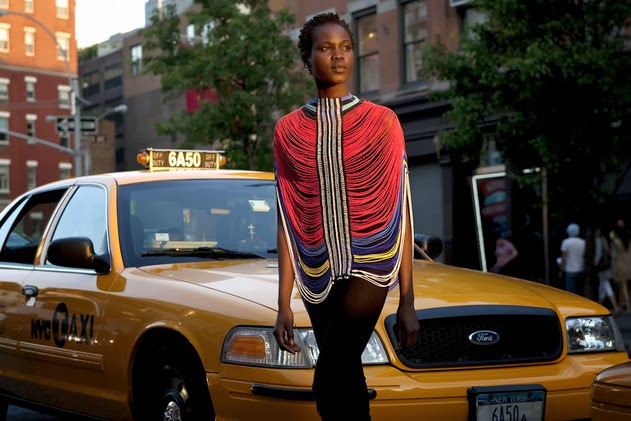 Atong Arjok was born South Sudan in 5 October 1985. But as a result of the Sudan civil war Arjok`s parents moved to Ethiopia when she was just a year old. The family moved back to South Sudan when the war seemed to have subsided but the rekindling of the war saw the Arjok family resettling in Kenya.

The family later moved to United States. According to Atong "I didn't get to America until I was nine. It sounds cool to have lived so many places, but the circumstances were not cool at all. It was very dangerous." In her adult age Atong said she remember the rivers in South Sudan. 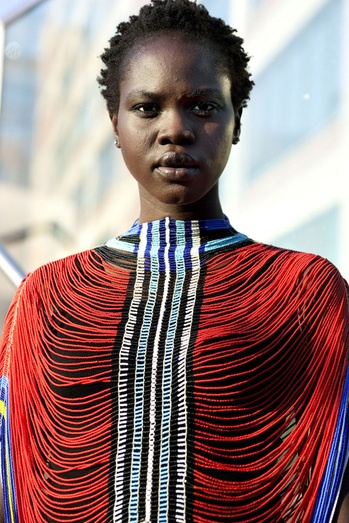 Arjok and her family settled in California and upon reaching the age of 15 she was discovered in Los Angeles by a modeling agent of  LA Models when she attended a modeling convention in California.

It was her inimitable look piqued the interest of scouts after adhering to the open call for aspiring models in 2002 after she and her cousin heard an advertisement for the event on the radio. "I was really hesitant to become a model, but my mom really encouraged me to try it," said Atong.

She had her first modelling job in the middle of the California desert. "I was still in high school, and they gave me big hair and red lipstick. At first, I thought it was so fun to dress up, like, "No way, this counts as work?" But then as the shoot went on, it got very hot, and very tiring. It was not glamorous. And it made me hate red lipstick. I hardly wear any makeup now because of that!"

Arjok later moved to New York so that she can be more involved in the industry. She is known for her long legs and her beauty has often been compared to Alek Wek’s. She has walked the runway for renowned Designers such as Luca Luca, Phillip Lim, Catherine Malandrino, Diane von Furstenberg, Sass Bide, Custo Barcelona, Alexandre Herchcovitch, Lacoste, Heatherette.

She appeared in Vogue Italia and was photographed by Steven Klein, Michael Thompson for Allure, Glamour, Trace, Teen Vogue, and Russian Vogue.

She was photographed by Greg Kadel and photographed for cosmetics ad campaigns for Estée Lauder Prescriptives and Sephora. In 2008, she appeared in a two 30 second commercials and received a spot for Target, featuring designers Milla Jovovich, Carmen Hawk and Old Navy. 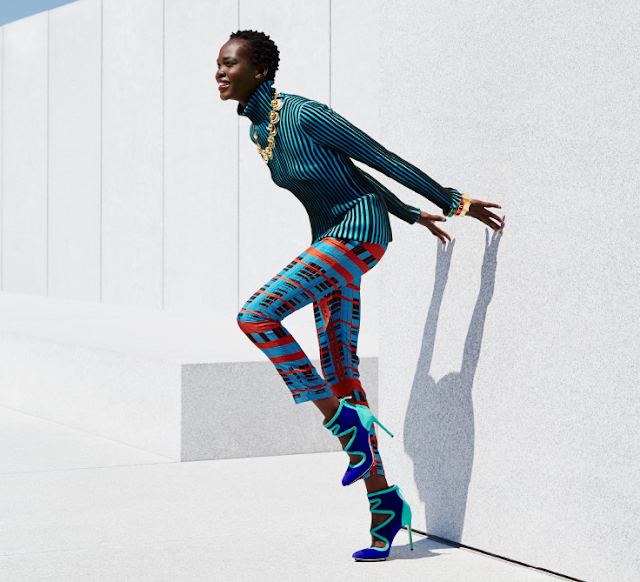 Ubah Hassan"That was a shocker," she says of the speed at which here career started to develop. "I was 17 and had never been on my own. My family was very supportive, but they were terrified." Arjok got work quickly, walking in shows for Diane von Furstenberg and 3.1 Phillip Lim and appearing in spreads for Allure and Italian Vogue. With so few models of color on the scene, she was soon in high demand and often being compared to another Sudanese beauty.

"There weren't that many people who looked like me," she says. "It was just me and Alek Wek." But while Wek emerged as an industry "it" girl and Arjok consistently booked print and runway jobs, it was clear that their experiences were the exception and not the rule; they rarely shared the limelight with other models of color.

"This is not an equal opportunity type of business and I really don't know why," Arjok says. "After Italian Vogue I thought it would get better, but it really hasn't," she notes, referencing the now infamous July 2008 issue that featured all black models. 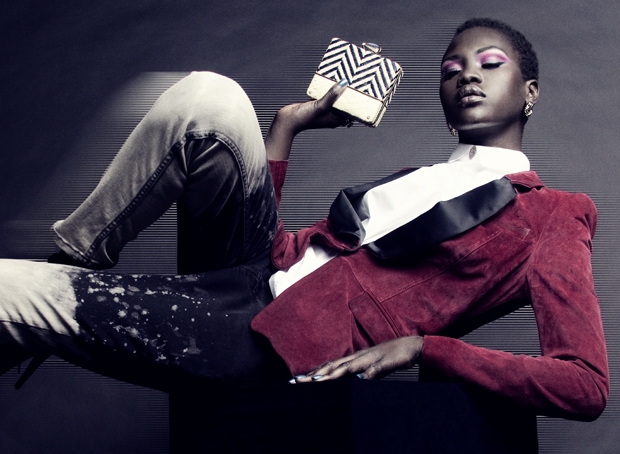 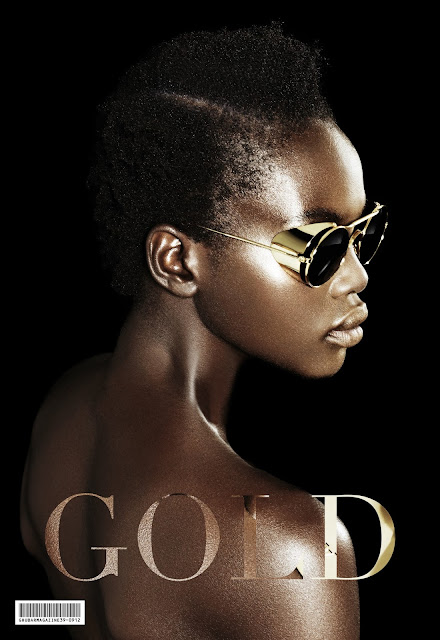 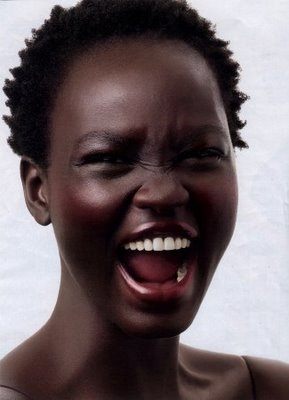 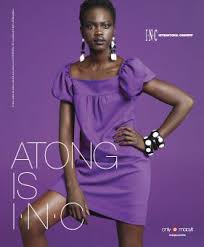 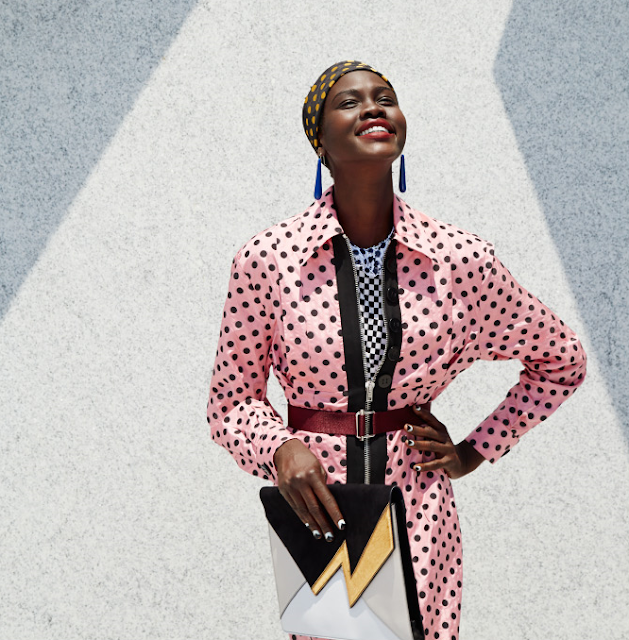 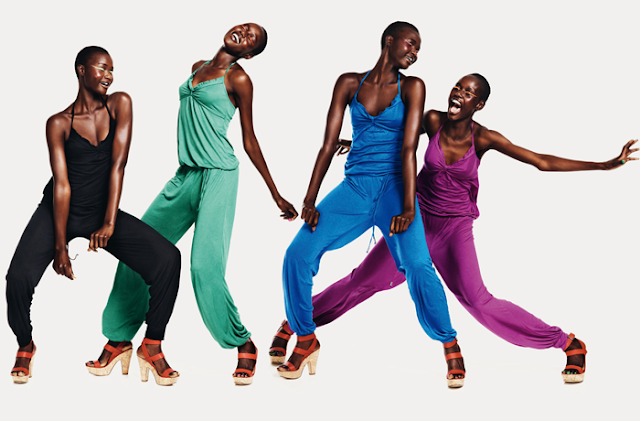 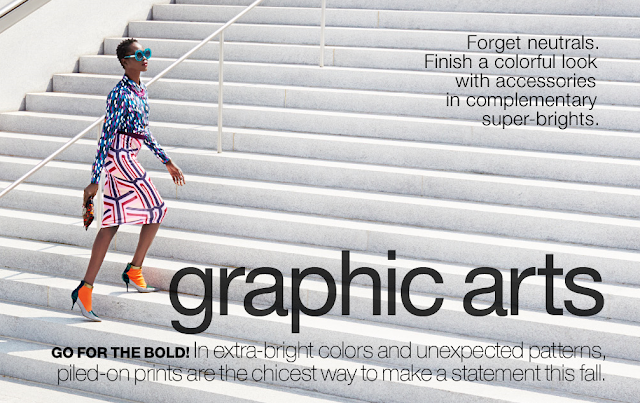