The Egbado people also now known as Yewa, are amalgamated agriculturalists and artisan textile processing Yoruboid-speaking people that forms a sub-set of the Larger Yoruba ethnic group, inhabiting the eastern area of Ogun West Senatorial District, Ogun State, in south-west Nigeria, West Africa. In 1995, the Egbado people changed their name to the Yewa, which is the name of the River Yewa that passes through their land. Yewa ethnic group now comprises 4 local Governments: Yewa-South, Yewa-North, Imeko-Afon and Ipokia while the Ado-Odo/Ota LGA forms the 5th Awori part of the senatorial district

Unlike other Yoruba sub-ethnic groups that points at only Ile Ife as their original home, the Egbado people appear to have migrated from different places - possibly from the Ketu, Ile-Ife, or Oyo - to their current area early in the 18th century. Historically, Egbado people lived in the of Egbaland near River Ogun. Their name Egbado was contracted from Egbaluwe, "the wanderers towards the river- probably an allusion towards the river Yewa, which runs through their land to the lagoon at Badagry.

Tradition of their origin is their oldest towns are Ilobi and Erinja, who have traditions of migration from Ife via Ketu. The Ilobi, indeed, claim that their ancestor , Onidokun Leke, was a member of Oduduwa`s house. The later arrivals in the area were Ado and Ipokia, of Awori and Anago descent respectively. Other Egbado towns such as Egan, Igua, Aiyetoro have been founded by a\Anago groups moving - or possibly, returning- eastwards from Dahomey.

Egbado towns, most importantly Ilaro, Ayetoro, Imeko, Ipokia and Igbogila, were established in the 18th century to take advantage of the slave trade routes from the inland Oyo empire to the coast at Porto-Novo. Other towns were Ilobi and Ijanna, which were strategic in protecting the flanks of the slaving routes. The Egbado were subject to the rule of the Oyo kingdom, which managed them via governor Onisare of Ijanna. The Oyo were unable to deploy their cavalry force to protect the routes, due to tsetse fly and lack of horse-fodder - and thus had to rely on the Egbado to manage the routes. The historians Akinjogbin, Morton-Williams and Smith all agree that by the early 18th century this route to the coast was heavily engaged in slave trading, and that slaves were the mainstay of the Oyo economy.
In the Olden days of Yoruba mighty Oyo Kingdom, they were very loyal subjects of the Alafin before the revolution that altered the political state of the country. The Olu or king of Ilaro was the greatest king of the Egbados, having about 443 ruling chiefs under him, himself a crowned vassal of Oyo. The Egbado were subject to frequent attacks from other groups such as the slave-raiding Dahomey (who seized, among others, Princess Sara Forbes Bonetta), and various tribes who wished to force open their own slave-trading routes to the sea. 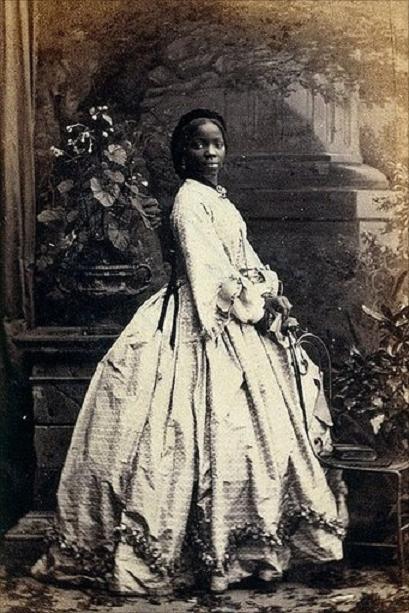 The ancient custom was for the Alafin to crown a new Olu every three years. After the expiration of his term of office the retiring Olu was to take 10 of his young wives, and whatever else he chose and proceed to the metropolis, and there to spend the rest of-his days in peace. There was a quarter of the city assigned to them known as Oke Olu (the quarter of the Olus).
The parting between these young wives and their mothers was most touching. The relatives generally accompanied them as far as to Jiga , and the wailings and lamentations on such
occasions were as one mourning for the dead.

By the 1840s the Egbado had come under the control of the adjacent Egba group, who used the Egbado territory to forge routes to Badagry and the port of Lagos. By the 1860s the Egba abandoned the route because the British were actively using their formidable navy to try to abolish the slave trade. As a consequence the Egba expelled British missionaries and traders from the area in 1867.

One of "our mothers," an elderly priestess of the goddess Odua, Egbado-Yoruba, Nigeria, 1975. Photo by H. J. Drewal and M. T. Drewal.
Gelede pays homage to the spiritual powers of women, especially elderly women known affectionately as "our mothers," awon iya wa. The powers possessed by such women, comparable to those of the gods, spirits, or ancestors, may be used for the benefit or the destruction of society.  When manifesting their destructive dimension such elderly women are termed aje ("witches").  If angered, they can bring down individuals and entire communities.

After 1890 the Egbado asked for a British protectorate and got a small armed garrison, thus becoming independent of the Egba. The area became part of the British Colony and Protectorate of Nigeria in 1914, as Egbado Division in Abeokuta Province. The administrative headquarters were later transferred away, after the creation of the new Ogun State subsumed the old Abeokuta Province.
In the year 1902 the head chief of Ifo died, an Egbado town about 6 hours distant from Ilaro. Sir William MacGregor, then Governor of Lagos, asked the chiefs of the town who their overlord was, to appoint a successor, they replied the Alafin of Oyo. He was much puzzled at this. He told them he was too far, they
had better apply to the Alake of Abeokuta. Evidently they at least were not affected by the revolution.
The Egbado are known for developing a popular style of music, called Bolojo, in the 1970s. Their population level is uncertain, but may be around 500,000.
Egbado speaks North-West Yoruba (NWY) dialect which is also spoken by Abẹokuta, Ibadan, Ọyọ, Ogun and Lagos (Eko) areas.

Gelede of a mat seller, Egbado-Yoruba, Nigeria, 1977. Photo by H.J. Drewal and M.T. Drewal. Submitted by Henry Drewal.
This Gelede portrays a female mat seller.  Mats, woven and dyed by women, are an important market item created in several Egbado-Yoruba towns from where they are transported to various markets in the region.  Here a mat is folded and balanced on the woman's head.  The cloth costume, created with headties borrowed from women in the community, signifies their support and blessing for the performer, his family, and the larger community.  Notice the flywhisk in his hand and the leg rattles at his ankles—both are used to embellish his dance movements, intensifying and accentuating the intricate rhythms of the drummed phrases.

A young Gelede performer, Egbado-Yoruba, Nigeria, 1978. Photo by H.J. Drewal and M.T. Drewal. Submitted by Henry Drewal.
The afternoon after Efe night is reserved for the performance of an elaborate series of Gelede maskers whose images and actions embellish and intensify reality to create exaggerated visions of maleness and femaleness and specific social groups and roles. The maskers, all males, impersonate both men and women.  The first to appear are the youngest dancers, enthusiastically encouraged by friends and relatives who gather around them as they attempt their first steps to the intricate, changing rhythms of the drummers.  Their dance instructors in the Gelede society follow closely, giving advice and encouragement during the performance.

Gelede masker resting during performance, Egbado-Yoruba, Nigeria, 1971. Photo by H.J. Drewal and M.T. Drewal. Submitted by Henry Drewal.
Located between the Weme River in the Republic of Benin (RPB) and the Ogun River in southwestern Nigeria, western Yoruba-speaking peoples (Ketu, Egbado, Ohori, and Anago) are renowned for an elaborate masked performance tradition known as Gelede.  The Ketu-Yoruba people are credited with the invention of Gelede sometime in the latter part of the eighteenth century according to oral traditions throughout the region.  A popular Yoruba saying proclaims, oju to ba ri Gelede ti de opin iran ("The eyes that have seen Gelede, have seen the ultimate spectacle!"). Gelede's affective power and impact comes from its multi-media format in which the arts of song, dance, costume and music combine to create moving artistic experiences.

Gelede of porcupine, Egbado-Yoruba, Nigeria, 1978. Photo by H.J. Drewal and M.T. Drewal. Submitted by Henry Drewal.
Animals in other Gelede masks may be used for satiric purposes to criticize antisocial actions or attributes.  Porcupines, because of their voracious appetites and slow, sluggish movement, are sometimes a metaphor for gluttonous or selfish persons.  A headdress depicting a plump porcupine devouring a corncob conveys its greed and thus warns/reminds the audience about proper social behavior.
source:http://africa.uima.uiowa.edu/topic-essays/show/13
http://www.studyblue.com/notes/note/n/exam-2/deck/9083712