ALEK WEK: THE PRIDE OF SOUTH SUDAN, DINKA PEOPLE AND ONE OF THE AFRICA`S BEAUTIFUL GREAT DAUGHTERS

Alek Wek is a South Sudanese Dinka-born British model who first appeared on the catwalks at the age of 18 in 1995, sparking a career lasting to date. In 1991 she and some family members fled to Britain to escape the civil war in Sudan. She later moved to the United States.

London-bred supermodel Alek Wek learned the essence of life's simplest things during her childhood escape from war-torn Sudan. Through self-reliance and by staying close to her values, she became a fashion trailblazer.

Once one of the industry's most in-demand models, she has now put her best foot forward as a designer and activist, commanding respect from all circles and inspiring many others to follow in her footsteps. She one of the fashion`s most highly paid black women in the world and the first African model to appear on the cover of Elle in 1997.

Alek Wek's success in the industry comes from her very distinctive looks. These are characterized by her long, lean legs, her very dark skin, radiant smile, and closely cropped hair. At the peak of her modeling years, she refused assignments that specifically requested dark models, all in an effort to satisfy her wish to be treated equally and not differently.

Newsweek once wrote that Alek Wek has "the hottest face in fashion." Now splitting time between New York and London, her Sudanese roots live on through home-cooked meals in her kitchen. On hand to share those meals is Italian real estate developer Riccardo Sala, her longtime companion.

Wek was born  on born 16 April 1977 in Wau, Sudan (now South Sudan) and the seventh of nine children of her parents. When she was preparing to emigrate from Sudan, her mother picked the date April 16, which occurs in the rainy season during which she was born. Wek`s mother was born in 1946 and was a housewife whilst her father Athian Wek, a teacher was born in 1933 and died in 1985

Alek Wek aver that physically, she resembles her father, who also had unusually long limbs. Athian Wek once broke his hip in a bicycle accident; his hip was repaired with metal pins.

When the civil war broke out in Wau in 1985, the Wek family had to flee from both rebel and government forces. Long periods of walking caused Athian Wek's hip to get infected, and upon the family's return to Wau, he became paralysed and endured a haemorrhage. He died in hospital in Khartoum.

Some of her earliest memories of South Sudan included her home being hit with gunfire and the kidnapping of other children who lived nearby. These events and the poor war-time conditions that villagers had been dealt all left a lasting impact on her. Besides the war outside, Alek Wek had physical issues of her own. She was afflicted with psoriasis, a condition that harmed both her skin and her self-esteem. The untimely death of her father from surgical complications didn't make things any easier, but she finally earned a way out of Sudan when she joined her sister in England as a refugee in 1991.

Alek Wek: Once upon a refugee

The move to London provided a notable change in climate that cleared up Alek Wek's skin, but her dark features made her a target of bullying and harassment when she began school. Nevertheless, she stayed the course, working on the side, and eventually enrolling in London's College of Fashion with a concentration in the business and technology sides of the industry.

Then, in 1995, she went to London's Crystal Palace quarter for a shopping trip with a friend when Fiona Ellis from Models One approached her. Initially hesitant to give up school for modeling, the talent scout's persistence paid off when Alek Wek signed on. She would later sign deals with Ford Models and IMG Models.

Now a fresh model with a look that transcended "the norm," Alek Wek burst onto the scene by appearing in music videos for two of the world's most recognized balck performers. In 1995, she crawled in a bikini covered with leopard prints in "Golden Eye," Tina Turner's ballad to James Bond. She followed it up with an appearance in Janet Jackson's ode to Joni Mitchell, "Got 'Til It's Gone," but took the industry by storm in 1997 with a cover shot for Elle.

Arguably the darkest cover model in the magazine's history, Alek Wek wore white against an already clear-white background and created an unforgettable image.

As a result, MTV named her 1997's Model of the Year and i-D brandished Alek Wek with the label of Model of the Decade.

After she was named by the Venus de la Mode Fashion Awards as the Best New Model, Alek Wek continued her climb up the industry pole by tacking a variety of print and runway projects, all of which flaunted her slender physique in different ways. Calendar shoots for Joanne Gair and Lavazza found her body painted in the former and posing as human espresso in a giant coffee cup for the second.

Where print campaigns were concerned, Alek Wek dressed down for Victoria's Secret and dressed up in cosmetics for Clinique, and she also became a runway specialist for ready-to-wear fashions. Alexander McQueen, Givenchy, Armani, DKNY, and Fendi all sought out the services of Alek Wek and she also would become a favorite of Donna Karan, Calvin Klein and Christian Dior. Besides the promise of supermodel dollars, these projects showed that Alek Wek had broken long-standing color barriers in the industry and to become one of the industry's hottest commodities. 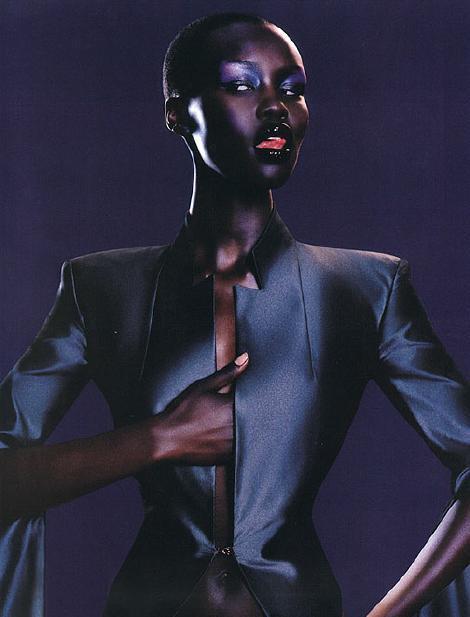 Amongst other things she has done advertisements for Issey Miyake, Moschino, Victoria's Secret and make-up company Clinique as well as walked the runway for high-profile fashion designers Shiatzy Chen, John Galliano, Chanel, Donna Karan, Jasper Conran and Ermanno Scervino. In walks for Christian Lacroix, she took the role of the bride on several occasions. In 2002 she made her acting debut in The Four Feathers as Sudanese princess Aquol.
Herb Ritts photographed her for a 1999 calendar in a Joanne Gair body painting that was a highlight of Gair's first retrospective.
Wek has also been a guest on both The Tyra Banks Show, America's Next Top Model and The Janice Dickinson Modeling Agency. 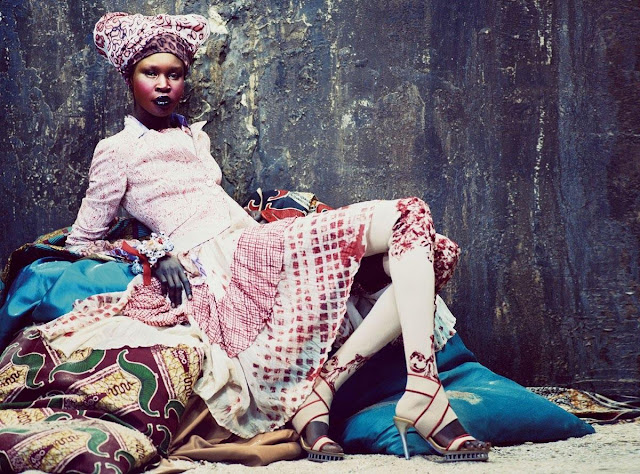 Once surrounded by poverty and war, Alek Wek's now a rare, enduring supermodel who has succeeded without losing her roots. Initially famous for her work in videos for Tina Turner and Janet Jackson, it was a 1997 Elle cover shoot that made the modeling world appreciate her uniqueness.

Clinique, Victoria's Secret and Banana Republic were some of her ad clients during her prime, while runway gigs for Chanel, Dior and Valentino also became regular occurrences. Named MTV's Model of the Year in 1997 and later chosen as Best New Model at the Venus de la Mode Fashion Awards, Alex Wek was recently listed at No. 20 on Channel 5's list of the World's Greatest Supermodels.

These days, Alek Wek is busy with designs and humanitarian work. She's the creator of a handbag and accessories label and a human rights activist through numerous charitable organizations. While she still makes occasional modeling appearances, Alek Wek's legacy lives on through the faces of other darker models that are entering the industry.

Oprah Winfrey best described the supermodel's influence on young women when she told her: "If you had been on the cover of a magazine when I was growing up, I would have had a different concept of who I was."

As she inched closer to her 30s, an elderly age for supermodels, Alek Wek turned her attention to other causes both inside the fashion industry and away from it. She founded ALEK WEK1933 Ltd. in 2001, a line devoted exclusively to Italian-made leather handbags and accessories. The "WEK 1933" lines which are available throughout selected Selfridges department stores. According to Alek Wek the year refers to the year her father was born. Her inspiration for the designs came from the brass-clasp briefcase carried by her father.


Not one to start a business venture without seeing it through to completion, Alek Wek took a hands-on approach by picking her own colors, interacting face-to-face with industry clients at trade shows, and going so far as to create a replica of her palm as the lining for one of her handbags.

Some of Alek Wek's biggest strides in recent years have come from her association with humanitarian causes. To increase international awareness of Sudanese citizens and other people living in poverty as well as as well as the plight of refugees worldwide, she joined the U.S. Committee for Refugees Advisory Council and an ambassador for Doctors Without Borders. In addition, she also devoted time to  serve as a missionary for World Vision,  an organisation which combats AIDS, and UNICEF.

In 2007, Alek Wek published Alek: From Sudanese Refugee to International Supermodel, an autobiography that shed light on her childhood experiences and contrasted them with day-to-day life as an international supermodel.

While she has removed herself from most modeling work, Alek Wek does show up as a model intermittently and when she does, it's still big news. She nabbed the cover of Cosmopolitan in 2004, and four years later, she modeled collections on the runway for Diane Von Furstenberg and Christian Dior.

In 2011, she appeared as a guest judge in the sixteenth cycle of America's Next Top Model.
In July 2012, she will be returning to South Sudan with the UN Refugee Agency to highlight the stories of refugees returning from the north and the massive efforts needed to build and stabilize the country.
In 2012 Alek teamed up with Amarula as the face of their campaign African Originals. 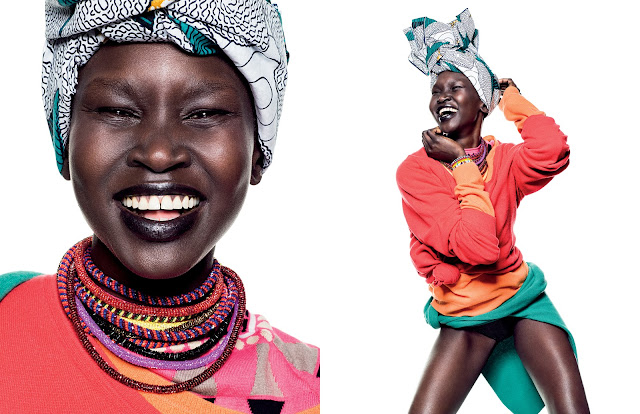 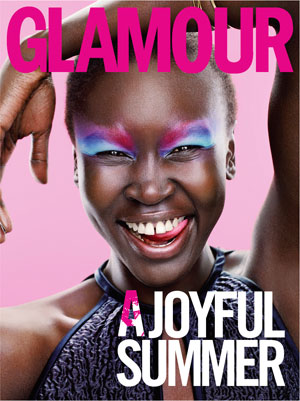 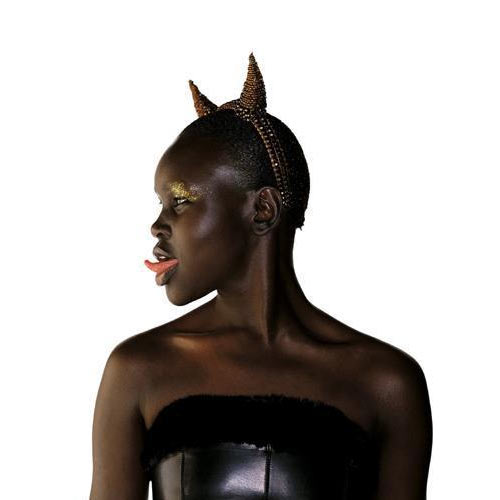 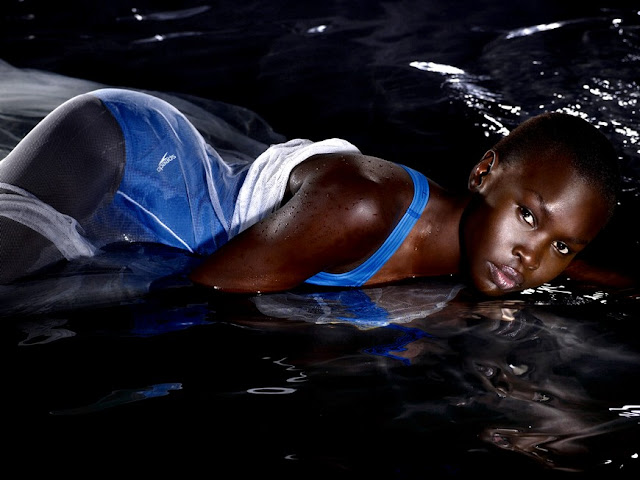 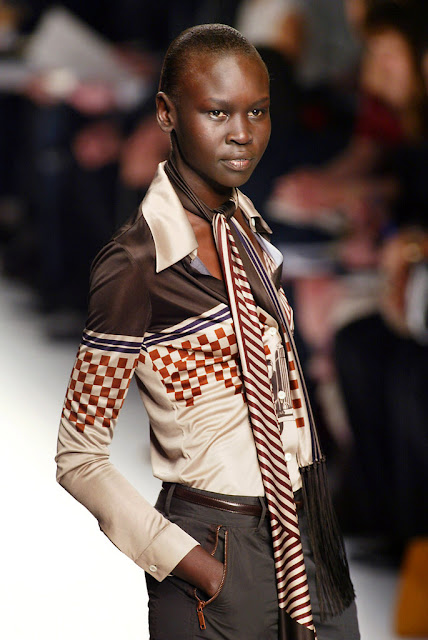 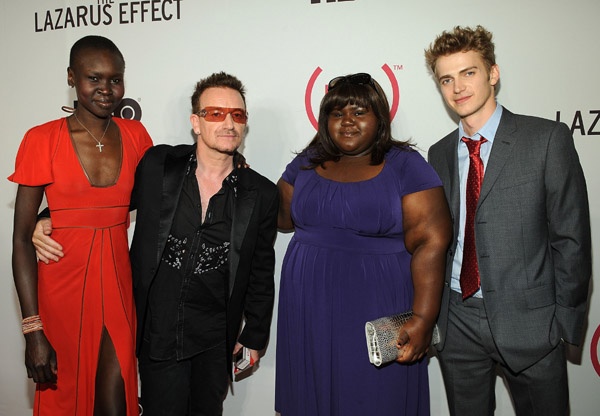 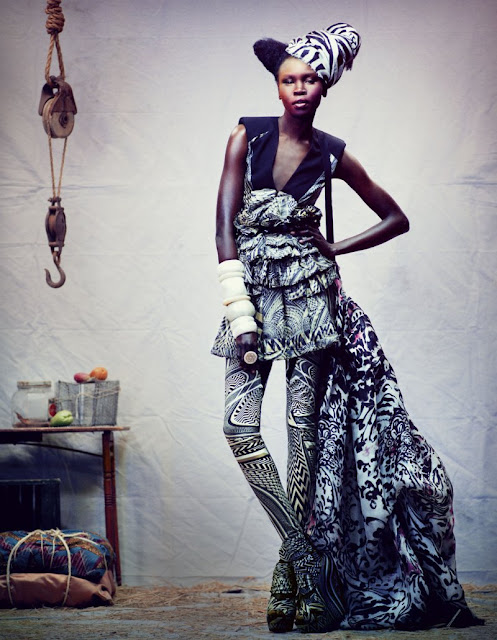 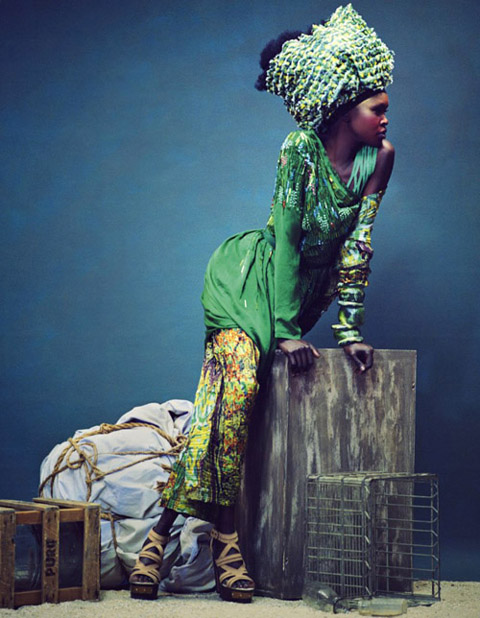